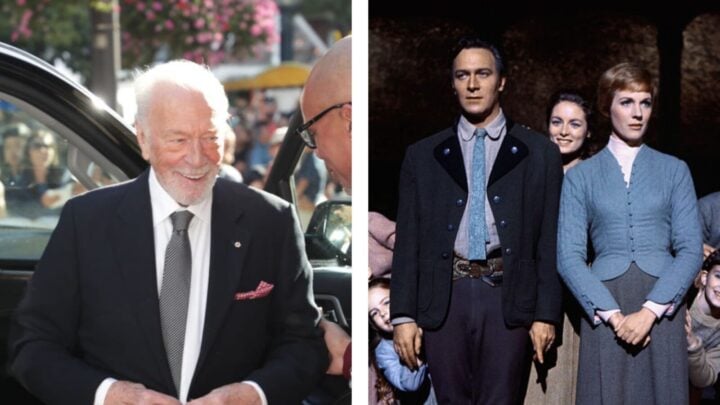 Christopher Plummer, the internationally acclaimed actor who played Captain von Trapp in The Sound of Music, has died aged 91.

Plummer died in Connecticut on February 5 with his wife Elaine Taylor by his side, Lou Pitt, his close friend and manager for 46 years, announced, according to reports. Plummer and Taylor had been married for 51 years.

“Chris was an extraordinary man who deeply loved and respected his profession with great old fashion manners, self deprecating humor and the music of words,” Pitt said in a statement. “He was a National Treasure who deeply relished his Canadian roots. Through his art and humanity, he touched all of our hearts and his legendary life will endure for all generations to come. He will forever be with us.”

Although best known as the stern widower in The Sound of Music, Plummer had scores of stage and screen acting credits to his name after 70 years in the entertainment business, and was the oldest actor yet to have won a competitive Academy Award – a gong he took out at the age of 82 for best supporting actor in Beginners.

On accepting the award, the debonaire Canadian joked with the audience that he’d been rehearsing an acceptance speech since birth “but it was so long ago mercifully for you I’ve forgotten it”.

As well as the Oscar, Plummer’s mantlepiece held two Emmy Awards, two Tony Awards, a Golden Globe Award, a Screen Actors Guild Award, a British Film Academy Award. That made him one of just over 20 people to have won the so-called Triple Crown of Acting – an Oscar, an Emmy and a Tony, which together represent the highest awards on offer in US film, TV and theatre.

He was working as recently as 2019, playing a rich novelist in the whodunnit film Knives Out.

Over the decades, Plummer’s talents established him as a skilled Shakespearean stage actor, as well as one who was as comfortable opposite stars such as Peter Sellers in 1975’s The Return of the Pink Panther as he was in heavy make-up as the Klingon General Chang in 1991’s Star Trek VI: The Undiscovered Country or as the voice of Charles Muntz in the Pixar animation Up.

The Sound of Music was the popular high point of his career, though, and Captain von Trapp was one of the few leading-man roles that Plummer played; his deep, rich voice and distinguished good looks meant he was more typically chosen as a forbidding, powerful supporting character.

But Plummer openly disliked the iconic musical, other than for the experience of working opposite Julie Andrews as the nanny who cared for his brood of singing children. He famously later called the role “humourless and one-dimensional” and referred to the film itself as “The Sound of Mucus” or “S&M”.

Andrews was among the many co-stars who publicly mourned Plummer’s death. “I treasure the memories of our work together and all the humor and fun we shared through the years,” she said in a statement.

Russell Crowe, who starred opposite Plummer in The Insider in 1999 and A Beautiful Mind in 2001, tweeted a long anecdote about an experience he had with the older actor, and remembered times that they shared a drink together after filming. “He appreciated one-on-one, a good drink, not just any drink,” Crowe tweeted. “I appreciated his candour and wisdom.”

And Canadian Prime Minister Justin Trudeau paid tribute to one of his country’s “most iconic and beloved actors” (while Plummer lived much of his later life in the US state of Connecticut, he kept his Canadian citizenship). “Christopher Plummer gave life to so many characters we love and cherish – and always performed with gravitas and heart,” Trudeau tweeted.

Plummer is survived by his Taylor, his third wife, whom he married in 1970, and his daughter, actress Amanda Plummer, whose mother was Plummer’s first wife, Tammy Grimes.

What's your best memory of The Sound of Music!