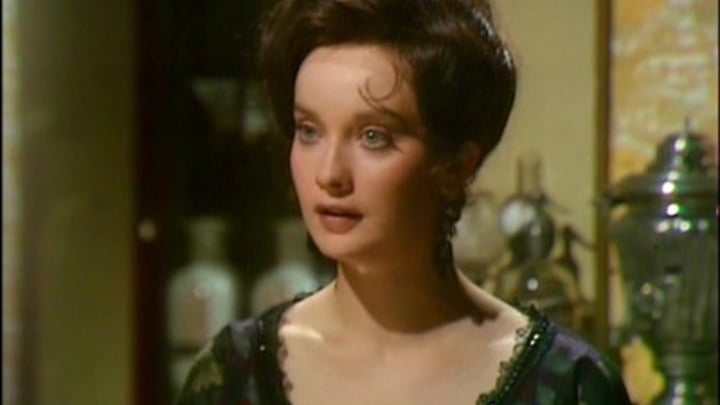 The Guardian reported the actress died of a brain tumour.

Born in Cairo on June 15, 1945 Pagett was just 17 when she was accepted into London’s Royal Academy of Dramatic Art and soon sparked interest in the industry for her role in a stage production of La Contessa opposite Vivien Leigh.

With a career spanning 30 years, the actress will not soon be forgotten, being described by The Guardian as “a glacial, beautiful presence in plays from Shaw to Pinter”, who “illuminated” Upstairs, Downstairs in the early 1970s.

“There weren’t any stars really — that was the beauty of it. Everyone had an equal importance in the thing. The product was more important than the people in it in those days. So, if it was a success, it was a success because everyone in it was good rather than because the actor in it was well known,” Pagett said in a 2002 interview.

Pagett’s TV career continued well after Upstairs, Downstairs and included roles in the 1973 telefilm Frankenstein: The True Story, the 1977 mini-series Anna Karenina, 1984 mini-series A Woman of Substance, A Bit of a Do and Ain’t Misbehavin.

Her film career was just as impressive, appearing on the silver screen in Anne of a Thousand Days (1969), There’s a Girl in My Soup (1970) with Peter Sellers and Goldie Hawn, Privates on Parade (1983) with John Cleese and Denis Quilley, and An Awfully Big Adventure (1995), alongside Hugh Grant and Alan Rickman.

On stage, Pagett starred alongside Michael Gambon and Liv Ullmann in a 1985 revival of Harold Pinter’s Old Times, A Voyage Round My Father (1971), A Family and a Fortune (1975).

It was during A Family and a Fortune that Pagett met actor and writer Graham Swannell, whom she married in 1975.

In 1997, Pagett wrote the book, Diamond Behind My Ears, telling of her battle with manic depression and in the same year she divorced from husband Swannell after 22 years of marriage.

Pagett lived in south-west London with her two Persian cats for company, dealing with her illness while cooking, gardening and power-walking.

She is survived by her daughter, Eve, and by her sister, Angela.

What role do you best remember Nicola Pagett in?