‘An Aussie legend’: Tributes pour in for ‘A Country Practice’ star Lorrae Desmond 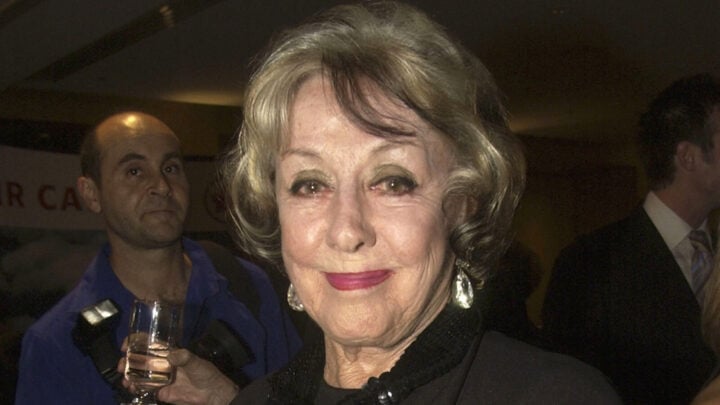 Described as a "true Australian legend", actress Lorrae Desmond has passed away, at 91 years of age. Source: Getty

Tributes have poured in for much-loved Australian actress Lorrae Desmond, who passed away over the weekend, aged 91. According to TV Blackbox, she died on Sunday after a short health battle.

The matriarch of Australian television was best known for her role as nurse Shirley Gilroy on A Country Practice, which she starred in from 1981 until 1992.

As the news of her death became known, friends, fans and former colleagues took to social media to pay tribute to the woman who graced Australian screens for more than 60 years.

Co-star Matt Day, who was just 17 when he starred alongside Desmond as ‘Luke’ Ross, was one of the many to share a heartfelt message, writing, “Very sad to hear of Lorrae Desmond’s passing. Every day working with her was a joy. Having left home at 17 to move to a new city, she went out of her way to welcome me into my new ACP family. A wonderful woman. RIP.”

Very sad to hear of Lorrae Desmond’s passing. Every day working with her was a joy. Having left home at 17 to move to a new city, she went out of her way to welcome me into my new ACP family. A wonderful woman. RIP.

Another original cast member from the show, Shane Withington, who played nurse Brendan Jones until 1986, also tweeted some sweet words in memory of the Aussie soap star. “Enormous heart. Enormous talent. We all loved her,” he wrote.

Fellow Logie winner, Wendy Strehlow, who played Sister Judy Loveday, said Desmond “was my mentor, my friend and an unending source of wisdom, grace and style”.

Performer Dinah Lee told TV Tonight, “My beautiful friend and a true Australian legend passed away today. We toured Vietnam together in 1967 and remained friends to this day. My thoughts and love to your family, friends and your many fans. Rest In Peace Lorrae Desmond.”

While there was an outpouring of support from fellow actors, fans also took to social media to pay tribute, with one crediting Desmond’s legendary portrayal of nurse Shirley for their own career in nursing, and saying that she helped to inspire a “legion of people to become nurses”.

Vale Australian ???? Icon, Lorrae Desmond.
Her career spanned decades, but it was through her stand out character- Shirley Gilroy in A Country Practice, she helped inspire a legion of people to become nurses, myself included. When Shirley left the clinic & scrubbed up it was dire! pic.twitter.com/H4NLi1SMJF

While Desmond became renowned for her role in A Country Practice, she had already garnered huge attention beforehand as host of her own music variety TV series, The Lorrae Desmond Show. In 1961, she become the first woman to win the equivalent of a Gold Logie for the show. In 1984, Desmond was awarded her second Logie for Best Supporting Actress in a Series for A Country Practice.

Born in 1929 in Mittagong, New South Wales, Desmond’s family moved to the UK when she was 10 years old. She kicked off her career in Britain as a teen, starring in a number of BBC shows, then represented the UK at the Eurovision Song Contest in 1957. In the early 1960s, she moved back to Australia and began hosting her own music variety show.

Which role of Desmond's was your favourite?