The world mourns the loss of yet another ‘unbelievable talent’ after singer and songwriter David Crosby dies, age 81 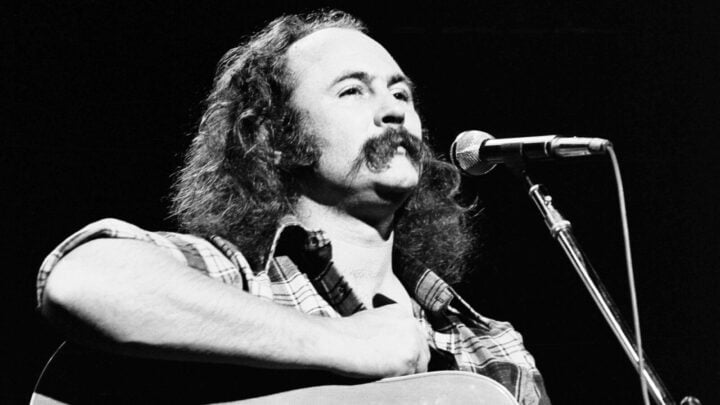 The world is mourning the loss of yet another musical genius as singer and songwriter of Crosby, Stills & Nash, David Crosby, has died at the age of 81.

Just two days before his death, Crosby had tweeted that heaven was “overrated” after someone shared a photo of reasons people wouldn’t get into the afterlife.

The legend’s wife, Jan Dance, released a statement to Variety, announcing the passing of the co-founder of the Byrds.

“It is with great sadness after a long illness, that our beloved David (Croz) Crosby has passed away,” she said.

“He was lovingly surrounded by his wife and soulmate Jan and son Django. Although he is no longer here with us, his humanity and kind soul will continue to guide and inspire us.

“His legacy will continue to live on through his legendary music. Peace, love, and harmony to all who knew David and those he touched. We will miss him dearly.

“At this time, we respectfully and kindly ask for privacy as we grieve and try to deal with our profound loss. Thank you for the love and prayers.”

Friends and fans of the iconic musician have come together to mourn his death on social media, sharing their favourite memories and songs.

I don’t know what to say other than I’m heartbroken to hear about David Crosby. David was an unbelievable talent – such a great singer and songwriter. And a wonderful person. I just am at a loss for words. Love & Mercy to David’s family and friends. Love, Brian pic.twitter.com/Hjht7LeGiv

David Crosby once told me his favorite song was Eleanor Rigby, and he wept the first time Paul McCartney played some of it for him on the piano.

Sad to hear about the news that the Byrds and CSN’s David Crosby has passed away. I hosted the first ever Musicians Assistance Program/MAP (now MUSICARES dinner honoring David in the year 2000. HIs contributions to folk and rock cannot be overstated. pic.twitter.com/q6934kMQp8

Sometimes I pinch myself when I look back at the people I worked with who I admired as a kid.

I repped David Crosby on different occasions. He was his own man. He could be cantankerous, he could be a pussycat. That was Cros.

About as real as you could get.

I interviewed David Crosby and it was fascinating to hear him talk about his music and his memories. One thing he said that stuck with me was how proud he was that so many soldiers in Viet Nam said that his music helped them get through it. May he Rest in Peace. pic.twitter.com/MKrMFbFJST

Born August 14, 1941, Crosby began his musical pursuits after dropping out of Santa Barbara City College where he was studying drama.

Crosby performed with singer Terry Callier in Chicago and Greenwich Village and with Les Baxter’s Balladeers in the ’60s. Crosby recorded his first solo session in 1963.

Crosby joined the Byrds in 1964 and achieved their first number-one hit in April 1965 with a cover of Mr. Tambourine Man by Bob Dylan.

Crosby appeared on the Byrds’ first five albums and produced the original lineup for the 1973 reunion album.

An on-stage appearance in 1967  alongside Buffalo Springfield at the Monterey Pop Festival, contributed to Crosby’s dismissal from the Byrds.

He went on to form Crosby, Stills & Nash in 1968 with Stephen Stills and Graham Nash, the release of the debut album saw them secure the Grammy Award for Best New Artist in 1969.

Crosby’s singing and songwriting talent saw him inducted into the Rock and Roll Hall of Fame twice and saw five of his albums included in the Rolling Stone’s 500 Greatest Albums of All Time.

Crosby is survived by his wife Jan Dance, their son Django, son James Raymond, and two daughters, Erika and Donovan.

What was your favourite song performed by David?