‘Take me’: Tearful Dr Harry opens up about losing his daughter 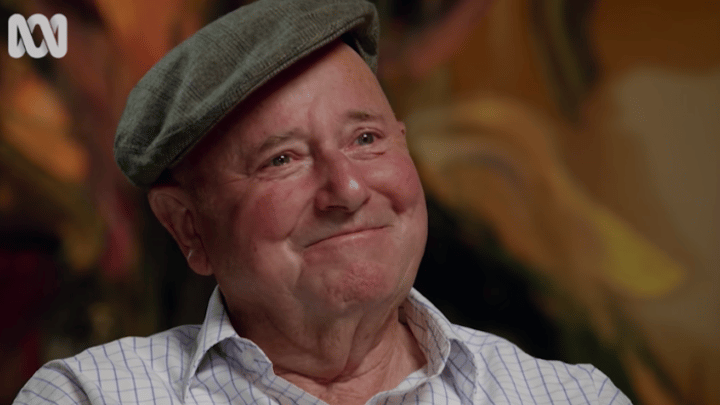 Dr Harry opened up about his grief during a raw interview on Tuesday night. Source: Facebook/ ABC TV + iview

There wasn’t a dry eye in the house during Dr Harry’s interview on Anh’s Brush With Fame on Tuesday night, with the TV vet opening up about the loss of his daughter and the unwavering support of his beloved father.

An emotional Dr Harry Cooper brought both host Anh Do and viewers around Australia to tears as he recounted his two personnel losses, losing his daughter Tiffany to colon cancer in 2012, and his father who he revealed had helped him achieve his dreams.

The Better Homes and Gardens star and TV vet, who has become a household name over the past few decades, lost his daughter Tiffany in 2012 at the age of 37 following a brave 14-month long battle with bowel cancer. In 2018, Dr Harry spoke exclusively about the loss with Starts at 60 revealing that finally after six years, he had learned to smile more than cry.

During the emotionally raw interview on ABC on Tuesday night, the 77-year-old retold the story and choked back tears as he spoke about the moment he knew something wasn’t right with his eldest child Tiffany, who had only just welcomed her second child. Dr Harry said at the time, he’d known the test results were a worry and had gone outside and looked toward the sky, saying “take me”.

Dr Harry revealed he’d received a phone call from his eldest daughter Tiffany one morning in 2010, complaining she had a sore hip. He told her to go see a doctor.

“The X-ray came back and I said, ‘Read it to me. Read the report.’ It said there was a ‘fuzziness’ on the head of the greater trochanter (between the hip and femur),” he said. “I said, ‘I want you to demand a biopsy. Don’t ask for it, demand it.’”

With years of veterinary experience, Dr Harry wasn’t a stranger to an x-ray and knew “fuzziness” wasn’t good news.

“I put the phone down, walked out to the veranda, looked to the sky and I said, ‘Take me. Children are supposed to outlive their parents. Take me.’ Because I knew what that meant… when you see fuzziness on the head of the greater trochanter, you know there’s a tumour there. Any vet in the world could tell you that,” he said.

Sadly, Dr Harry was right, the ‘fuzziness’ turned out to be a secondary cancer, that had spread from the primary cancer in her bowel. Tiffany succumbed to the illness just 14 months later.

“She fought it for 14 months, and then I lost her,” Dr Harry said through tears. “And the last thing she said was: ‘I love you, Daddy.’”

Dr Harry also opened up about his close relationship with his father, who he credited for making his dreams come true, telling a teary Anh Do that after graduating from veterinary school in 1966 he wanted to get into partnership at a vet surgery but didn’t have the money, and it was his father who made it happen.

“He said, ‘I’ll mortgage the house for you, son.’ Now, that was a big deal for my dad, who’d been through the Depression,” Dr Harry said.

Turning his head toward the sky, he added with glistening eyes, “Thanks, Dad. Thanks for making it happen.”

For the third time during the 30 minute program, Dr Hary became teary again as he recounted the loss of another close friend – one that Aussies may remember well as his sidekick on popular lifestyle program Harry’s Practice. Running from 1997 to 2003, the program was a staple in most homes, with viewers stunned in 2000 when his beloved dog Rosie died suddenly.

Dr Harry told Anh Do that he’d been filming when he received the call from a fellow vet in Launceston telling him Rosie was unwell. Tearfully, Dr Harry said he’d made the heartbreaking decision to put his beloved pet, who at age 11 had earned a huge fanbase among viewers of Harry’s Practice.

“She had a tumour on her liver … it’s inoperable,” he said. “So I said to my colleagues in Launceston: ‘Don’t let her wake up, mate. Put her down.

“I always said, I didn’t make Rosie… Rosie made me. Of all the animals in my life that I owe something to, I owe it to Rosie.”

Did you watch the interview last night?