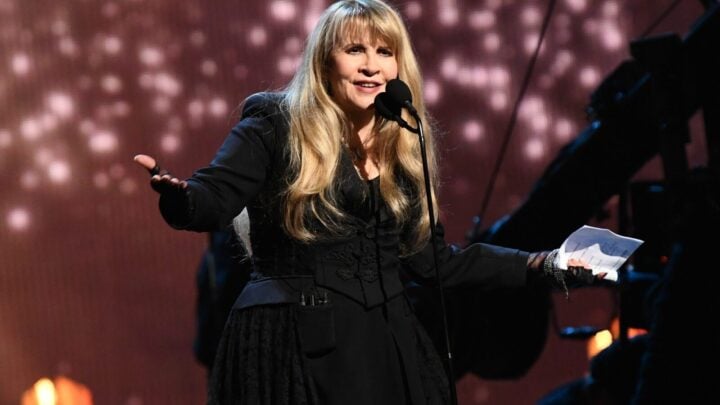 The Fleetwood Mac frontwoman has opened up about undergoing an abortion in 1979. Source: Getty.

Rock star Stevie Nicks has opened up about undergoing an abortion in 1979, revealing Fleetwood Mac would be non-existent had she “not had that abortion”.

Speaking to The Guardian, the Fleetwood Mac frontwoman, 72, said: “If I had not had that abortion, I’m pretty sure there would have been no Fleetwood Mac.

The singer and songwriter also touched on botox saying she would never try it again, admitting it “only makes you look like you’re in a satanic cult”.

“I only had it once and it destroyed my face for four months,” she told The Guardian. “I would look in the mirror and try and lift my eyebrow and go: ‘Oh, there you are, Satan’s angry daughter.’

“Never again. I watch a lot of news and I see all the lady newscasters looking like Satan’s angry daughters, too.”

Nicks’ latest comments come after it was revealed that the 72-year-old was nearly deported when visiting Australia back in 1986. She had entered the country on a tourist visa to hang out with Tom Petty and Bob Dylan while they were on tour.

At one of their gigs in Sydney, she had one of the best views in the house and watched on from the side of the stage. To her shock, she was pulled in front of the crowd and ended up singing ‘Like a Rolling Stone’ and ‘Knocking On Heaven’s Door’.

After the Fleetwood Mac frontwoman made another appearance on stage the following night, government officials believed she was in breach of her holiday visa.

“Tom’s wife couldn’t make the trip so I said I would go and keep those guys in line,” she explained to The Daily Telegraph at the time. “I got to have fun just being a fan and had one of the most amazing months of my life.

“I was told by the Australian government I would never be allowed back in the country, not with Fleetwood Mac, not by myself as a solo artist, not as a tourist if I did that again.”