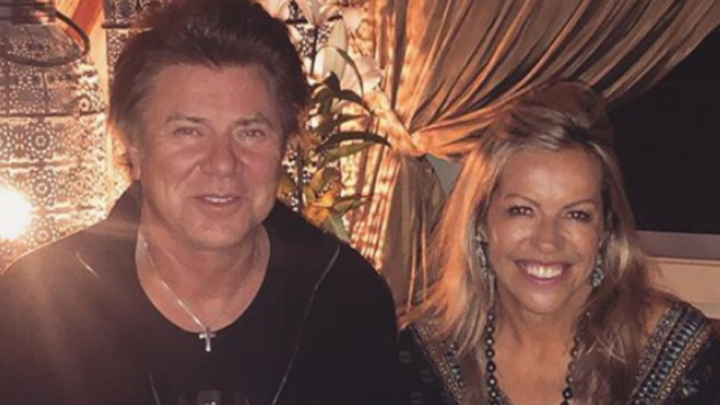 Richard Wilkins has gone public with his new girlfriend Nicole Dale, around four months after confirming that he had parted ways with his partner of two years Virginia Burmeister.

The 66-year-old Today star shared a happy photograph of the couple on social media on Thursday, as he revealed that he had whisked flight attendant Nicola away for a few days in the Byron Bay hinterlands.

Richard and Nicola, who have remained out of the public eye until now, enjoyed a luxury stay at Olivia Newton John’s Gaia retreat – and the showbiz editor even tried his hand at yoga for the first time ever. “How good are a couple of days of fresh air, clean food and my first ever yoga class!!” the entertainment presenter wrote on Instagram.

Richard also shared a photograph of himself during a yoga class, as well as a picturesque shot of the view from the resort.

Many people commented on the photograph, including Ben Fordham who simply posted a string of love heart and fist-bump emojis. While fellow Channel Nine star Sylvia Jeffreys wrote: “Please tell me there [is] video footage of the yoga class.”

Fans also commented, with one user writing: “How cute are you two.” While another said: “Looking very happy and content. Enjoy.”

How good are a couple of days of fresh air, clean food and my first ever yoga class!! @gaiaretreat 💕

News of Richard and Virginia’s break-up was confirmed in March, according to the Daily Telegraph, with Wilkins telling the publication at the time that they had split “some time ago”, and that the situation was “very amicable”.

Wilkins has been linked to a number of high-profile women, including Rebecca Gibney, ex-wife and mother of Richard’s son Christian Michelle Burke, Tottie Goldsmith, Colette Dinnigan, with whom he shares a daughter, and Anne-Maree Cooksley.