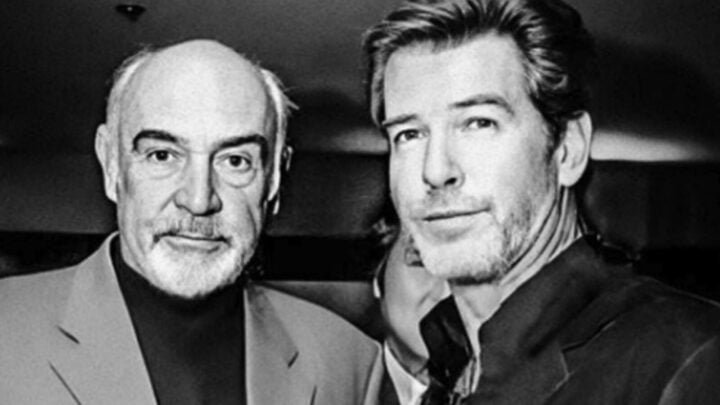 Taking to Instagram, the Irish actor, who took over as the fifth James Bond in 1994, said he was 11 years old when he watched Goldfinger at the cinemas, hailing Connery as “my Bond of inspiration”.

“Happy 90th birthday Sir Sean Connery,” he wrote alongside an image of the pair enjoying a drink together. “I was eleven years old in 1964, just off the plane from Ireland when I saw Goldfinger at the ABC cinema on Putney high street. You were my Bond of inspiration.”

Fans were quick to wish the well-known Scottish actor a happy birthday, with one writing on Brosnan’s post: “Happy Birthday to a legend.”

Others commented on how Brosnan and Connery were their favourite two Bonds, with one commenting: “The two and only real Bonds.” Another added: “The two most successful and handsome Bond ever! Brosnan is my favourite 007.” While a third wrote: “And you’re my favorite Mr. Brosnan!”

Connery played the secret agent in seven films from 1962 to 1983, including Dr No, From Russia With Love, Goldfinger, Thunderball, You Only Live Twice, Diamonds Are Forever and Never Say Never Again.

Meanwhile, Brosnan starred in four films from 1995 to 2002, including GoldenEye, Tommorow Never Dies, The World Is Not Enough and Die Another Day.

It’s not the first time Brosna has paid tribute to Connery. Speaking at the AFL Life Achievement Award event in 2006 for the Scottish actor, he said: “Sean, I have walked in your footsteps, and danced in the shadow you have cast on film history. As an actor, I carry you both in my head and in my heart.

“You are a man who has marched to his own drum, who has created his own legend far greater than Bond, and who has done mighty work that will be cherished forever.”

Meanwhile, it comes after a scientific study claimed Connery is the best looking James Bond of all time. Researchers analysed every Bond, from Sean Connery and Roger Moore to the current lead actor Daniel Craig, examining their facial structure using the Golden Ratio of Beauty Phi, which measures “physical perfection”.

Harley Street surgeon Dr Julian De Silva runs the Centre For Advanced Facial Cosmetic And Plastic Surgery and uses the ratio in his work. He applied it to each actor, and after much measuring and analysis, put Goldfinger star Sean Connery in top place.

Who is your favourite James Bond actor? Do you have a message for Sean Connery?