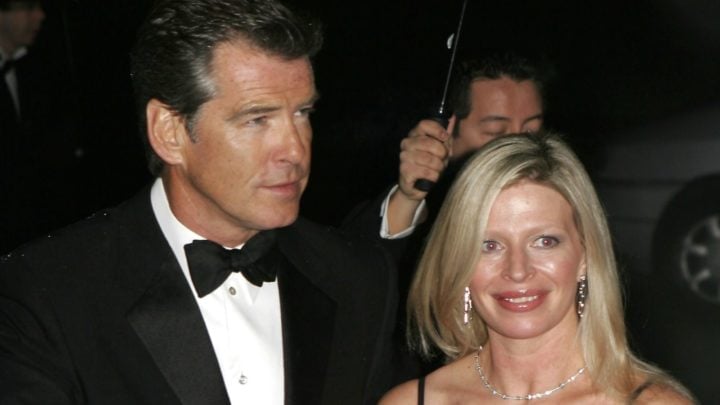 Pierce Brosnan adopted Charlotte and her brother Christopher when he and Cassandra Harris married in 1980. Source: Getty.

Pierce Brosnan has paid tribute to his late daughter, Charlotte, with a touching post on Instagram. The James Bond star, 67, shared a picture of himself sitting on a porch at his home in Hawaii, which was taken by his wife Keely Shaye Smith. The actor looked at peace in the shot, dressed in a white linen shirt, shorts and glasses.

“Here’s looking at you kid… in remembrance of Charlotte and with happy birthday wishes for my darling Marley May,” he captioned the post. Marley May is the daughter of Pierce’s son Sean.

The actor’s adopted daughter passed away in June 2013 after a battle with ovarian cancer, the same illness that killed her mother Cassandra Harris, who was Pierce’s first wife. Pierce adopted Charlotte and her brother Christopher when he and Cassandra married in 1980. The couple also welcomed son Sean together.

Pierce went on to marry the model and American journalist Keely Shaye Smith. Pierce and Keely tied the knot in 2001, seven years after first meeting on a beach in Mexico in 1994. Their romance blossomed just before Brosnan made his debut as womanising British spy 007 in 1995’s Goldeneye.. The couple share sons Paris and Dylan together.

It comes just weeks after his wife Keely took to social media to wish her hunky hubby a happy 67th birthday. “Happy Happy Birthday to my tender-hearted renaissance man @piercebrosnanofficial,” she wrote alongside two images of the pair. “Wishing you love, joy, and many many more trips around the sun.”