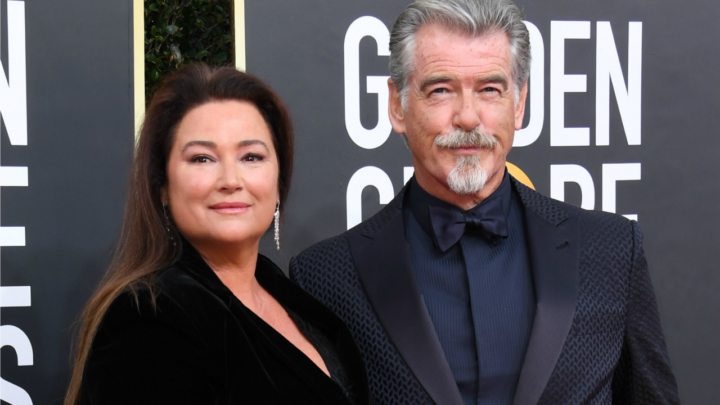 Pierce and Keely tied the knot in 2001. Source: Getty.

They’ve been married for 19 years and it looks like romance is still blossoming between Pierce Brosnan and his wife Keely Shaye Smith, with the former model taking to social media to wish her hunky hubby a happy 67th birthday on Sunday.

“Happy Happy Birthday to my tender-hearted renaissance man @piercebrosnanofficial,” she wrote alongside two images of the pair. “Wishing you love, joy, and many many more trips around the sun.”

Happy Happy Birthday to my tender hearted renaissance man @piercebrosnanofficial ✨ Wishing you love, joy, and many many more trips around the sun.

It’s been a busy week of celebrations for the Brosnan family. Pierce also took to social media on Sunday to congratulate his eldest son Dylan on graduating university. He captioned the post: “Congratulations Dylan on your graduation and academic achievements at USC School of Cinematic Arts. Go forth into this new world and make it your own. Be fearless, courageous and generous. Love, Dad.”

Congratulations Dylan on your graduation and academic achievements at USC School of Cinematic Arts. Go forth into this new world and make it your own. Be fearless, courageous and generous. Love, Dad. Photographs by @keelyshayebrosnan

Pierce and Keely tied the knot in 2001, seven years after first meeting on a beach in Mexico in 1994. Their romance blossomed just before Brosnan made his debut as womanising British spy 007 in 1995’s Goldeneye.

Pierce and Keely share sons Paris and Dylan together, while the James Bond actor also shares three children with his first wife Cassandra Harris, who sadly died in 1991 as a result of ovarian cancer. Brosnan adopted Harris’ two children, Charlotte and Christopher, from a previous marriage, following the death of their father in 1986, and the couple also welcomed a son, Sean together. However, Charlotte tragically passed away in 2013 at the age of 42.

Are you a fan of Pierce Brosnan?