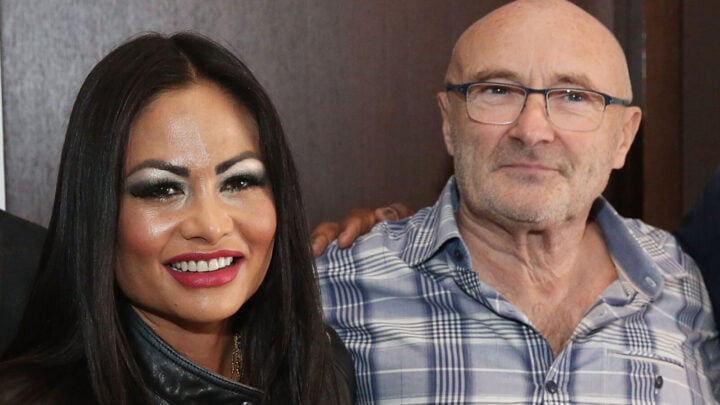 Collins and Cevey divorced in 2008, before reconciling in 2016. Source: Getty.

Phil Collins is reportedly once again locked in a legal battle with his third wife Orianne Cevey, whom he divorced 12 years ago, with The Sun claiming that the ‘In The Air Tonight’ singer is attempting to evict his former wife after she allegedly tied the knot with a younger man behind her former spouse’s back. According to the newspaper, Cevey has been accused of changing the locks on Collins’ Miami mansion and refusing to leave.

The 69-year-old musician was ordered to pay Cevey an eye-watering £25 million (AU$45M) when the couple divorced in 2008, after nine-years of marriage. The settlement was a British record at the time.

However, just eights years after their widely-publicised split, the couple – who share two sons Nicholas, 19, and Matthew, 15 – reconciled, after the Genesis star cared for Cevey when she had surgery on a slipped disc in her neck in 2015.

The former spouses have been living together in the lavish property with their teen sons ever since, although it is not known whether they were still involved romantically.

Now though, The Sun is reporting that Collins is preparing to file an eviction notice to kick his former wife out of the property, claiming Cevey tied the knot with an American businessman in Las Vegas earlier this year, despite telling Collins she was in Nevada on business.

According to the British publication, she married Florida native Thomas Bates, 31, at the Graceland Wedding Chapel in Vegas on August 2.

According to The Sun, Collins is claiming that Cevey wants to renegotiate their original divorce settlement after blowing her multi-million dollar fortune. The rocker is said to have given her a deadline to move out of the sprawling £25 million property, which she reportedly failed to meet. Her lawyer told The Sun: “We will deal with Mr Collins in the courthouse, not the gossip column.”

Cevey and Collins met in 1994 when she was employed as his translator during his tour of Switzerland. She was just 21 at the time, while Collins was 43 years old.

Have you ever taken someone back, and regretted the decision?