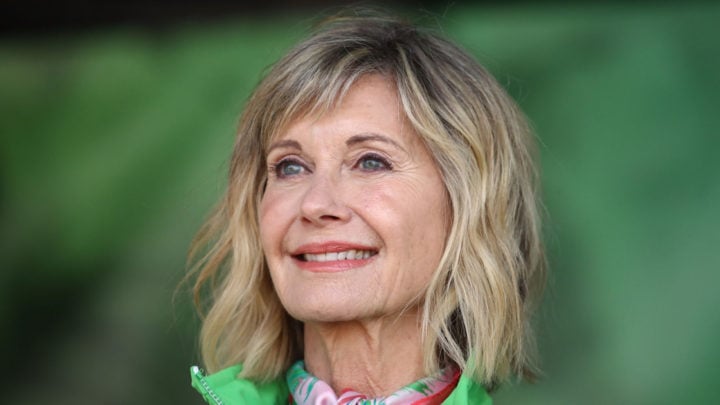 Olivia Newton-John fans have been warned of a cruel scam doing the rounds on social media. Source: Getty

Fans of  beloved Aussie superstar Olivia Newton-John have been warned to be wary of a new scam doing the rounds on social media.

The Grease star’s publicist Michael Caprio took to Facebook on Friday morning urging people not to reply to a number of cruel masterminds who have set up fake accounts to impersonate Olivia.

Caprio explained that the scammers have attempted to collect money from fans by asking for donations for the ONJ Cancer Wellness and Research Centre. While the centre is real and raises funds for cancer patients around the globe, money obtained by scammers is not going to the organisation.

Stressing that the actress would never reach out to any fans on social media, Caprio said they do not want anyone to fall victim and end up out of pocket.

“There are a few people out there impersonating Olivia on Facebook, Twitter and Instagram and directly reaching out to fans and asking them for money and or donations for the ONJ Cancer Wellness and Research Centre,” a message on Facebook read. “If you get a message from anyone saying they are Olivia – this is a scam! Olivia does not direct message anyone on her social media pages so beware.”

Caprio went on to explain that some fans have sadly already handed over their well earned cash to the scammers, unbeknown to the trick they are pulling.

“We are in the process of getting these fake accounts shut down but, wanted to let you all know now to avoid others being scammed,” he added.

Many committed fans claimed that they have already received messages from the fake accounts, but thankfully had realised it was a scam before it was too late.

“A few months ago a Olivia Newton John contacted me via messenger. I have blocked that person wishing it was not the real Olivia. I thought it was suspicious that Olivia contacted an ordinary man like me,” one person wrote on the post.

A second person added: “They tried twice. Told them to prove they are ONJ. Funny thing happened, all the communication suddenly vanished”.

The announcement comes just a week after false reports were published claiming the 70-year-old only had weeks to live after battling cancer.

It all began when website Radar Online claimed Olivia’s body was shutting down. Shortly after, an array of other news outlets claimed sources close to the iconic entertainer told them Olivia had just weeks and not months to live.

The singer-songwriter was then forced to release a video, assuring fans that she isn’t on her deathbed.

Putting the rumours to bed, a healthy and happy looking Olivia shared a video on her Facebook page, explaining to fans what was really going on.

“Happy New Year everyone,” the Grease star says in the video. “I just want to say that the rumours of my death have been greatly exaggerated, to quote a very famous quote.”

She added: “I’m doing great and I just want to wish all of you the happiest, healthiest 2019 that’s possible.”

Meanwhile, a scam email purporting to be from mining magnate Gina Rinehart was sent out to a number of Australians earlier this week, claiming the West Australian is offering AU$1 million to 10 lucky recipients in a show of charitable giving. Unfortunately it was too good to be true, with scammers really trying to obtain personal details including addresses and phone numbers.

Are you a fan of Olivia Newton-John? Have you come across this scam?