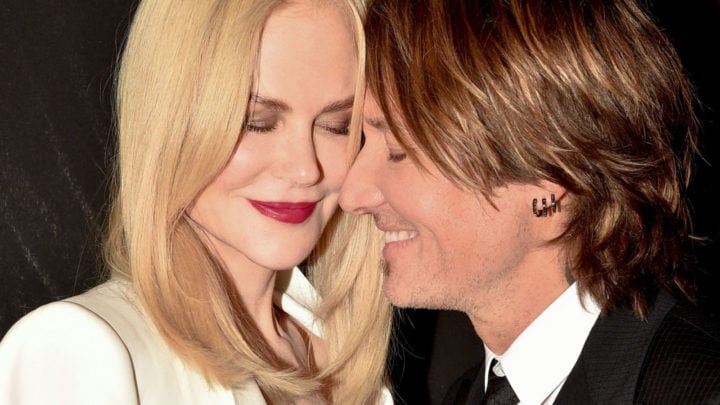 The 52-year-old Hollywood star opened up on her marriage to Keith Urban in this month's WSJ magazine. Source: Getty.

Nicole Kidman and Keith Urban are one of Hollywood’s most loved-up couples, regularly sharing their love for one another in interviews, on stage or via social media. And now the 52-year-old star has revealed all about the moment she fell in love with the country music star.

Nicole opened up on her romance with her husband of 14-years in an interview with Wall Street Journal magazine, confessing that she knew early on in their courtship that he was ‘the one’.

The defining moment came after the crooner took Nicole for a ride on his Harley-Davidson to Woodstock, NY, and then treated her to a romantic picnic in the woods. “I was a goner – I mean, c’mon,” she told WSJ.

In honour of fronting May’s issue of the magazine, Nicole also invited the publication to “ask her anything” and shared a stunning black-and-white video of her responses on her Instagram account.

In the three-minute-long clip, Nicole is asked what is one piece of advice that has changed her life, to which she replies: “When you get to the top, just remember, there’s nothing there, the only thing that really matters is love. No matter what your accomplishments are, it’s incredibly lonely if you’re not surrounded by some form of love.”

She also reveals that a phone call from Baz Luhrmann asking her to play the lead Satine in 2001 movie Moulin Rouge “changed her life”. She said: “That really changed my life. I think when you’re an actor, those phone calls really change your life, pretty much throughout your career. Like massive, massive turns.”

The Bombshell actress also shared a number of stunning images from the magazine shoot on her social media account. All seven photographs feature Nicole, with her naturally curly hair hanging loose, in a number of monochrome outfits. One image, which was selected for the cover, shows Nicole seated on the ground in an ethereal white frock, while another features the star wearing a tailored suit as she strikes a dramatic pose.

Fans gushed over the stunning shots, with one writing: “Please don’t straighten your hair. I want to see more of your curls.”

Another said: “This was such a gift. Thank you, Nicole. We all love you so much.” While another commented: “Wow!!! These photos are amazing and your hair is gorgeous!”

Are you a fan of Nicole Kidman and Keith Urban?