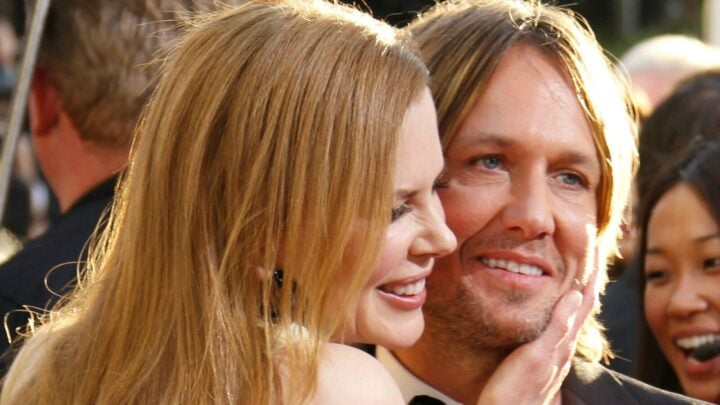 Nicole Kidman and Keith Urban have been married for 14 years. Source: Getty.

Keith Urban is celebrating his 53rd birthday today and proud wife Nicole Kidman has taken to social media to wish the country singer a happy birthday.

Taking to Instagram, the Australian actress uploaded a cute photo of the pair floating in the air during what appears to be a space walk experience. She cleverly captioned the post: “Happy Birthday my love! Love is in the air.”

Happy Birthday my love! Love is in the air ❤️

Fans were quick to comment on the post and wish Keith a happy birthday, with one writing: “Happy Birthday, Keith!!” Another added: “What a beautiful couple! God bless your family Nicole… Happy Birthday, @keithurban.” And a third wrote: “What a fun memory! Happy Birthday.”

The couple never shy away from declaring their love for one another. Just a few months ago, Keith penned a sweet tribute to the actress in honour of their 14th wedding anniversary.

At the time, the singer posted a gorgeous photo of the couple holding hands while jumping in the air on a beach. “Happy Anniversary Baby!!!!!” he captioned the post. “14 years… and I feel like your boyfriend in ALL the right ways!!!!”

Nicole also marked the occasion by sharing an adorable photo of the pair embracing. The Moulin Rouge! star simply captioned the post “Us”, along with a love heart emoji.

And earlier this year, Nicole opened up about her relatinship with Keith in an interview with the Wall Street Journal magazine, revealing that she knew early on in their courtship that he was ‘the one’.

The defining moment came after the crooner took Nicole for a ride on his Harley-Davidson to Woodstock, NY, and then treated her to a romantic picnic in the woods. “I was a goner — I mean, c’mon,” she told WSJ.

Do you think their relationship is sweet?