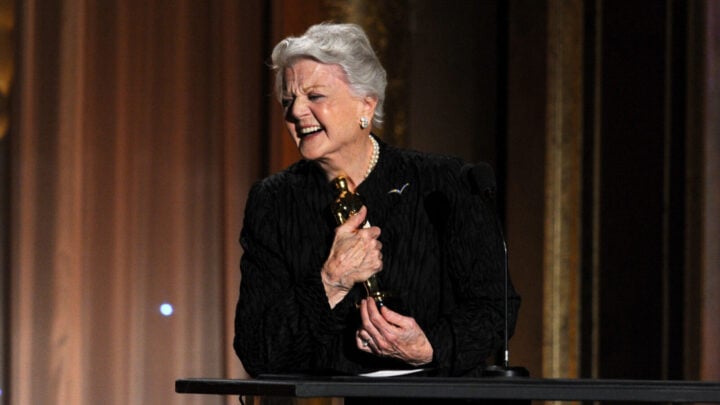 Legendary screen and stage star, Angela Lansbury, who was just as adept at bringing a teapot to life in Beauty and the Beast as she was portraying mystery novelist Jessica Fletcher in Murder, She Wrote has passed away “peacefully” at the age of 96.

Lansbury’s family confirmed her passing in a statement obtained by People.

“The children of Dame Angela Lansbury are sad to announce that their mother died peacefully in her sleep at home in Los Angeles at 1:30 a.m. today, Tuesday, October 11, 2022, just five days shy of her 97th birthday,”  the statement read.

“In addition to her three children, Anthony, Deirdre and David, she is survived by three grandchildren, Peter, Katherine and Ian, plus five great grandchildren and her brother, producer Edgar Lansbury.

“She was proceeded in death by her husband of 53 years, Peter Shaw.  A private family ceremony will be held at a date to be determined.”

Born October 16, 1925, in central London, Lansbury she relied on playing characters at a young age after her father died of stomach cancer when she was nine. She was a regular attendee at the theater and cinema and described herself as a being “complete movie maniac” during her childhood before studying acting at the Webber Douglas School of Singing and Dramatic Art in West London.

Her first foray into the entertainment world came with an onstage role in her school’s production of Maxwell Anderson’s Mary of Scotland where she played a lady-in-waiting.

In 1940 her family moved to the United States in order to escape the Blitz where Lansbury gained a scholarship from the American Theatre Wing which provided her the opportunity to study at the Feagin School of Drama and Radio, where she appeared in performances of  The Way of the World and Oscar Wilde’s Lady Windermere’s Fan.

Following her graduation in 1942, Lansbury secured work as a nightclub act at the Samovar Club. Ater her mother moved to Los Angeles, Lansbury followed and after a chance encounter with English playwright John van Druten she secured the role of Nancy Oliver in the mystery thriller Gaslight.

Following the success of Gaslight, Lansbury appeared as Edwina Brwon in National Velvet in 1944 and as Sibyl Vane in The Picture of Dorian Gray in 1945 which again garnered her critical praise and a Best Supporting Actress nomination.

A number of prominent appearances soon followed throughout her impressive career that spanned eight decades, including iconic roles in Broadway production such as Sweeney Todd and Mame and in film as the voice of Mrs Potts in the Disney animated film Beauty and the Beast and her leading role as Miss Eglantine Price in Bedknobs and Broomsticks.

However, her most iconic role came as crime-solving novelist Jessica Fletcher in Murder, She Wrote. The series ran for 12 seasons from September 30, 1984 to May 19, 1996 probing to be a ratings hit during its impressive run.

Both the entertainment world and fans were left in mourning following the news of Lansbury’s passing, taking to social media to pay tribute and share their favourite memories of the late star.

Angela Lansbury, who graced the stage for decades winning five Tony awards and brought the sleuthing Jessica Fletcher into our living rooms for a dozen years, has passed. A tale old as time, our beloved Mrs. Potts will sing lullabies to us now from the stars. Rest, great soul.

Tale as old as time
True as it can be

In memory of Angela Lansbury, we offer this cosmic rose plucked by our Spitzer Space Telescope. https://t.co/V1N0QynRDJ pic.twitter.com/zPduniVBsl

Angela Lansbury – She, my darlings, was EVERYTHING! pic.twitter.com/MLKlRNjxhA

Nobody did Mame quite like her. Rest in peace, Angela Lansbury. Thank you for your art & wisdom ???? pic.twitter.com/6NajtxKMa3

rest in peace, the absolute legend and superstar, dame angela lansbury. you were the hero of so many of my childhood memories. your pioneering work and outstanding talent will always be remembered and treasured ♥️ pic.twitter.com/2rNl0CIOgW

Sad news…Angela Lansbury, the iconic Disney Legend, has passed away at the age of 96 ????

Our thoughts, condolences, and prayers go out to her family, friends, and loved one. She will be deeply missed.

Where do you even begin with Angela Lansbury?

She was one of the greatest cinematic villains of the ’60s, the ultimate icon of cozy mystery, a legend of theater who did Sondheim, Shakespeare, Coward… pic.twitter.com/GC3uVXPGNU