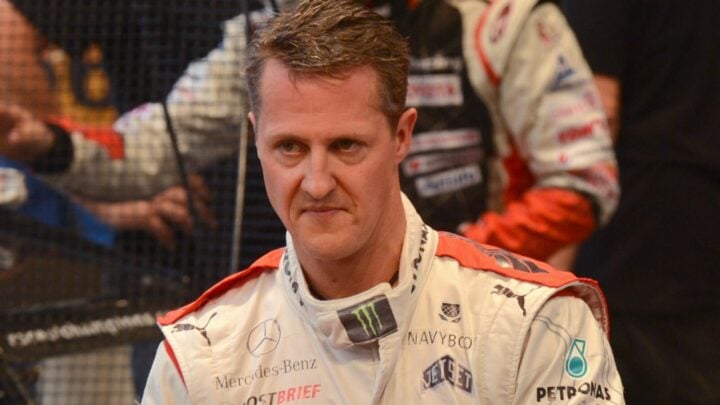 “This is a question on which I am going to be extremely reserved,” he said. “I see Michael very often — once or twice a month. My answer is the same all the time — he fights. We can only wish for him and his family that things get better.”

Michael’s son Mick is forging his own career in motorsport, with a F1 debut expected next year — progress that Jean said Michael was watching closely.

“Mick is probably going to race in Formula 1 next year which will be a great challenge,” he revealed. “We would be delighted to have a new Schumacher at the highest level of motor racing.”

Michael suffered a near-fatal brain injury in 2013 after a serious ski accident. The Formula One driver has not been seen in public the accident but was placed in a medically induced coma for six months after suffering a serious brain injury. Since then, information about the athlete’s health has not been known and his family rarely issue updates or statements about his condition.

It comes just a few months after leading neurosurgeon Erich Riederer made a worrying claim about the motorsport legend.

“I think he’s in a vegetative state, which means he’s awake but not responding,” he told French TV channel TMC back in September. “He is breathing, his heart is beating, he can probably sit up and take baby steps with help, but no more.

The rare health update also comes a year after Michael’s family took to Facebook on his 50th birthday with a special message for fans.

“We are very happy to celebrate Michael’s 50th birthday tomorrow together with you and thank you from the bottom of our hearts that we can do this together,” the message read. “You can be sure that he is in the very best of hands and that we are doing everything humanly possible to help him.”