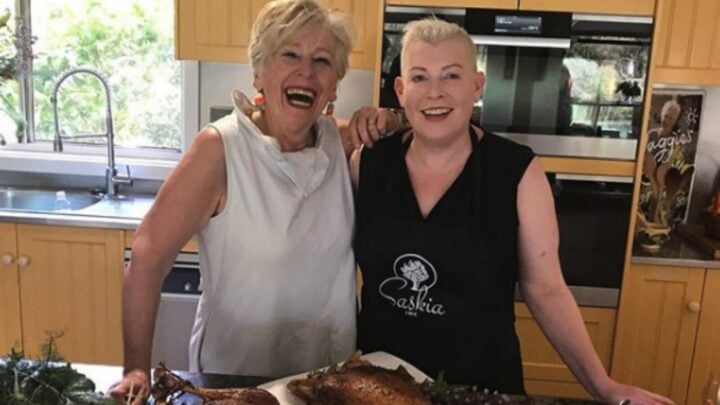 “I don’t know that you do cope,” she revealed. “You find things to do, to engage you. I don’t know that anyone really copes. Your life is changed forever and this year has been the worst of my life. But you have to turn your trauma into new things.”

And that’s exactly what Maggie has done — the 75-year-old revealed the family has created a fellowship in Saskia’s honour to keep her memory alive.

“We’ve created a Churchill Fellowship in Saskia’s honour, so her name will be perpetually there to in some way continue the work she was doing in terms of farming innovation,” she said.

At the time of her daughter’s death, the celebrity chef put out a statement in which she revealed that her “beautiful and extraordinary” daughter had died suddenly. Maggie announced the news on social media as she thanked her followers for the support she has received, as well as asking for space as the family comes to terms with what has happened.

“It is with broken hearts we need to let you all know that our beautiful, extraordinary daughter Saskia died unexpectedly yet peacefully in her sleep on Friday night,” she wrote on Instagram.

“We ask for time/space as we grapple to come to terms with our loss and appreciate all the support we have been given. Maggie, Colin and family.”

Saskia followed in her mother’s footsteps to establish a career in the food industry, setting up her own business called Saskia Beer Farm Produce.

A message shared on the company’s Facebook page following Saskia’s death read: “It is with broken hearts we need to let you all know that Saskia, our beautiful, extraordinary daughter, sister, wife and mother died unexpectedly yet peacefully in her sleep on Friday night.

“The business Saskia grew and loved will continue on with me, her loving husband. We ask for time and space as we grapple to come to terms with our loss and appreciate all the support we have been given.”

Saskia is survived by her three children and husband Petar Jercic.

Have you been following this story? Do you have a message for Maggie Beer?