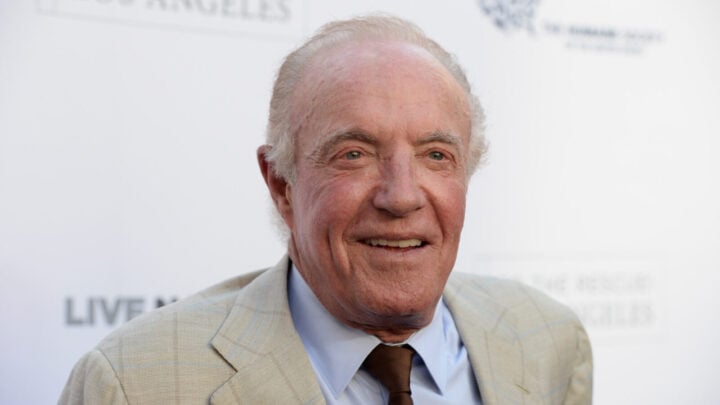 Caan's role as hot-headed Sonny Corleone in Coppola's 1972 mafia drama The Godfather stands as one of his most iconic roles. Source: Getty Images.

James Caan, the legendary actor best known for his role as Sonny Corleone in The Godfather, passed away on Wednesday, July 6 at the age of 82.

“It is with great sadness that we inform you of the passing of Jimmy on the evening of July 6,” the statement read.

“The family appreciates the outpouring of love and heartfelt condolences and asks that you continue to respect their privacy during this difficult time.”

Caan’s manager, Matt DelPiano, confirmed Caan’s passing to AFP describing him as “one of the best actors our business has ever seen.”

“Jimmy was one of the greatest. Not only was he one of the best actors our business has ever seen, he was funny, loyal, caring and beloved,” he said.

“Our relationship was always friendship before business. I will miss him dearly and am proud to have worked with him all these years.”

Born on March 26, 1940, Caan “fell in love with acting” when he was accepted into New York City’s Neighborhood Playhouse School of the Theatre. Upon his graduation off-Broadway appearances in plays such as La Ronde soon followed before his Broadway debut in Blood, Sweat and Stanley Poole.

Caan’s first major film role was as a hoodlum who gets his eyes poked out in the 1964 thriller Lady in a Cage,

Caan landed his first starring role in 1965 with Howard Hawks’ auto-racing drama Red Line 7000. Despite the film not being financially successful, Hawks cast Caan again in his next film El Dorado alongside John Wayne and Robert Mitchum.

Caan received praise for his role in Francis Ford Coppola’s The Rain People in 1969 and for his role as Brian Piccolo in the 1979 television movie Brian’s Song which also earned him an Emmy nomination.

However, it was his role as hot-headed Sonny Corleone in Coppola’s 1972 mafia drama The Godfather that stands as one of his most iconic roles, notably for the memorable cinematic moment when Sonny is killed in a hail of gunfire at a toll booth. Caan was nominated for an Academy Award for Best Supporting Actor for his performance in the film.

Caan reprised his role as Sonny in a flashback scene for The Godfather Part II in 1974.

Some of Caan’s other notable roles include famed novelist Paul Sheldon in Rob Reiner’s 1990 psychological thriller Misery, a professional safecracker trying to escape his life of crime in Michael Mann’s action thriller Thief (1981) and as Buddy the Elf’s estranged father in the family Christmas comedy Elf (2003).

Following the news of Caan’s passing tributes from fellow celebrities began to pour in.

Misery director Rob Reiner offered his “love to the family”.

So sorry to hear the news. I loved working with him. And the only Jew I knew who could calf rope with the best of them. Love to the family.

Actor and comedian Adam Sandler revealed he “never ever stopped laughing” when he was around Caan.

James Caan. Loved him very much. Always wanted to be like him. So happy I got to know him. Never ever stopped laughing when I was around that man. His movies were best of the best. We all will miss him terribly. Thinking of his family and sending my love. pic.twitter.com/a0q8rCP1Yl

RIP James Caan, 82.
Brilliant actor – loved him as Sonny Corleone in The Godfather, such a ferocious, menacing, magnificent performance. Met him once at a party in LA and he was a very funny & highly entertaining man. Sad news. pic.twitter.com/vi4oI36v4l

Legend… Rest in Power, Jimmy. Our condolences to Scotty and his family???? @James_Caan https://t.co/hMxewtpJLc pic.twitter.com/3rDAT30HTj

Caan is survived by his five children.