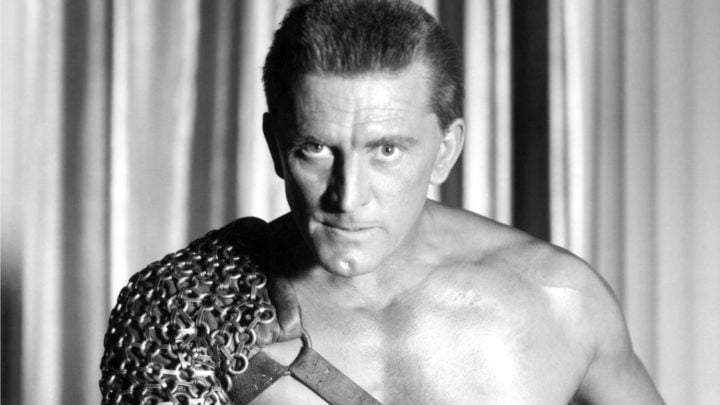 The Spartacus star passed away earlier this year at the age of 103. Source: Getty.

The world mourned the loss of Hollywood legend Kirk Douglas earlier this year, following his death at the impressive age of 103. And now, the movie star’s life-lessons on age, health and connection have been shared online.

An essay penned by the Paths of Glory star titled ‘ Planning Ahead at 102’ was published on the website Thrive Global earlier this month. In it the late legend revealed his 10 life lessons for living well in later life. It begins: “Don’t wish to be 100, it’s not very interesting – you don’t know what to do with yourself. Trust me, I am over 102.”

His first tip was to make friends who are younger than you, crediting his wife of more than 60 years Anne Buydens for excelling in this area. Kirk revealed he became “very depressed” after watching so many of his friends pass away.

“I took my wife’s advice and started making friends with people in their 70s!” he wrote. “One of my best friends is a director named Jeff Kanew. He and I collaborate on different projects and it is very gratifying.”

Douglas also advised people to stay active, revealing he liked to walk every single day and worked out three times a week with a physical therapist prior to his death. He also recommended the companionship of a dog.

The father-of-three also advised people to keep up on current events, no matter how depressing it may be, always listen to medical advice, and spend quality time with loved ones. However the most poignant tip was number 10, which recommended doing something for others, whether it be a friend, relative or charitable cause.

Douglas wrote: “At this age, I think a lot about my life. I started out as a poor boy and ended up a very rich man. I guess that is what most people consider successful. But to me, I became a success when I was able to give my money away to worthwhile causes. That has given me the most satisfaction.”

The Spartacus star passed away in February at the age of 103, with his son Michael confirming the sad news at the time. He said: “To the world he was a legend, an actor from the golden age of movies who lived well into his golden years, a humanitarian whose commitment to justice and the causes he believed in set a standard for all of us to aspire to.

“But to me and my brothers Joel and Peter he was simply Dad, to Catherine, a wonderful father-in-law, to his grandchildren and great grandchild their loving grandfather, and to his wife Anne, a wonderful husband.”

Are you a fan of Kirk Douglas' movies? Do you agree with his advice?