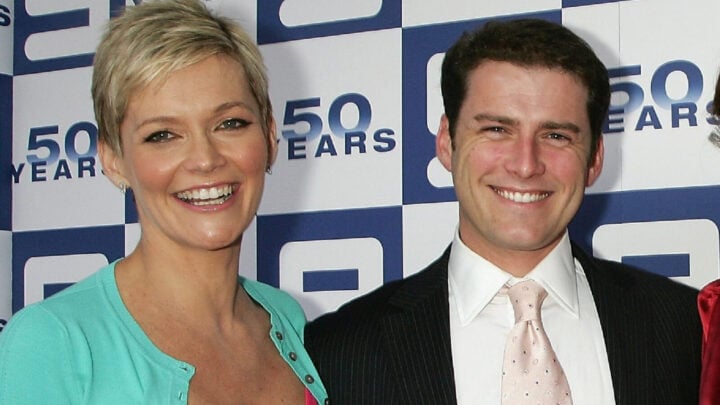 Jessica Rowe briefly co-hosted the 'Today' show alongside Karl Stefanovic in 2006 before she was sacked. Source: Getty

Karl Stefanovic has apologised to his former Today show co-star Jessica Rowe for not reaching out after she was brutally sacked from the breakfast program 14 years ago.

Jessica, now 51, had replaced Tracy Grimshaw on the breakfast program alongside Stefanovic in 2006. At the time, the journalist was being heavily criticised in the press over her weight, hair and laugh, and widely blamed for the show’s low ratings. Upon returning from maternity leave in 2007, Jessica was let go over “payment disputes” with the network, but it was later revealed that then-CEO Eddie McGuire had pushed for her sacking.

According to the Daily Mail, Eddie, at the time, allegedly asked when he could ‘bone’ Jessica. “What are we going to do about Jessica? When should we bone her? I reckon it should be next week,” he reportedly said in a meeting with executives. “She’s a laughing stock and if we keep her on air we’ll be the laughing stock.”

Reflecting on the past events, Karl, 47, has now apologised to his former co-star. “You didn’t have a guy next to you who could have helped you and protected you,” he told the mother-of-two on her newly-launched The Jess Rowe Big Talk Show podcast.

“I’m here to apologise to you, and I wish I’d been a better man. A stronger man. Not just for you, but for myself. Years later, when I was going through my third and fourth wave of [criticism], I was thinking, how did Jess Rowe survive?”

In a seperate interview with Stellar magazine over the weekend, Jessica revealed that pair had only seen each other once since her sacking.

“I thought this [reunion on the podcast] would be a really challenging conversation for both of us — but one we needed to have. Even though nearly 15 years have passed, there are some things that never leave you and feel unresolved, even though both of us have gotten on with our lives and we are both much happier people now than we were then.

“Karl, to his eternal credit, was so open in that conversation. He was vulnerable and he apologised to me, which I didn’t expect. But he took responsibility for his part in it, which meant so much to me.”

Have you regretted not standing up for someone or something in past?