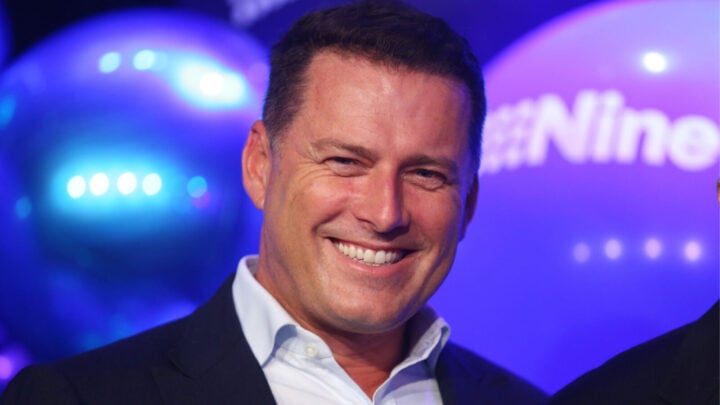 Fans of the Today show will be pleased to hear that Karl Stefanovic has reportedly signed a new contract with Channel Nine, which could see him remain at the helm of the show for at least the next three years.

The 46-year-old journalist’s agent Mark Morrissey has been negotiating Karl’s contract for a matter of months, reports to The Australian. However – due to the ongoing impact of the Covid-19 pandemic – Karl has allegedly had had his annual wage slashed by around 50 per cent.

According to Diary, Karl’s salary, which was previously thought to be upwards of $2.5 million, will now be around half that, at $1.25m per year. However it’s been reported that Karl could bump his pay packet up to $2m if Today maintains a consistent lead over Channel Seven’s Sunrise in the ratings.

“Today Show numbers continue to move in the right direction,” a Nine spokesperson told TV Blackbox. “We are very happy with the team of Karl, Ally, Alex, Brooke and Tim, and can confirm we have a longer-term deal in place with Karl beyond 2020.”

It’s been a busy year for Karl, who returned to the Today show along with Allison Langdon in January, as he celebrated the birth of his first child with wife Jasmine Yarbrough.

The couple, who tied the knot in a lavish ceremony in Mexico in December 2018, welcomed a beautiful baby girl, named Harper May Stefanovic, into the world on Friday, May 1 2020. They have since shared several sweet photographs of baby Harper on social media.

Do you watch the Today show?