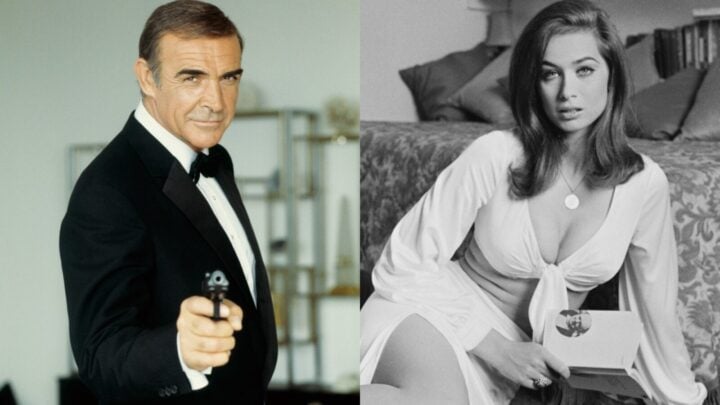 Speaking on British chat show This Morning on Monday, Valerie, 76, revealed Sir Sean, who sadly passed away over the weekend, was a true gentleman on screen and off. Valerie, who played the Lady in Bahamas in the iconic film, recalled how the late actor put her at ease when it came time to film a romantic scene in bed.

“We did share some fun times together,” she told host Holly Willoughby. “He was an incredible man.

It comes just a few days after former James Bond star Pierce Brosnan took to Instagram over the weekend to share his condolences.

“Sir Sean Connery, you were my greatest James Bond as a boy, and as a man who became James Bond himself,” he wrote, alongside a close up picture of the late Scottish actor. “You cast a long shadow of cinematic splendor that will live on forever.

“You led the way for us all who followed in your iconic footsteps. Each man in his turn looked to you with reverence and admiration as we forged ahead with our own interpretations of the role. You were mighty in every way, as an actor and as a man, and will remain so till the end of time. You were loved by the world and will be missed. God bless, rest now, be at peace.”

Sir Sean, who lived in the Bahamas, died peacefully in his sleep on October 31 after “being unwell for some time”, his son Jason Connery told the BBC. Jason, whom Sean shared with his first wife Diane Cilento, said his father “had many of his family who could be in the Bahamas around him” when he died overnight in Nassau.

His wife Micheline Roquebrune who married the Scottish actor in 1975 told the Mail on Sunday that the Goldfinger legend had been living with dementia.

“It was no life for him,” Roquebrune said. “It took its toll on him. He was not able to express himself latterly.”

She added: “At least he died in his sleep and it was just so peaceful. I was with him all the time and he just slipped away. It was what he wanted.”

Do you remember watching this film? Do you have a favourite James Bond film?