‘I was told not to muck around’: Paul Vautin reveals shock cancer diagnosis 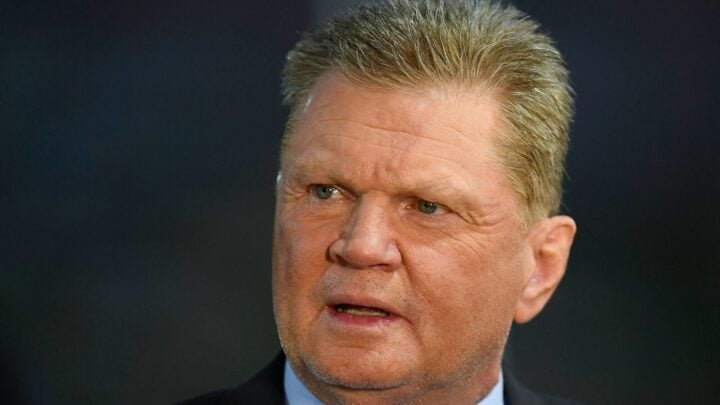 NRL great Paul ‘Fatty’ Vautin, 61, has revealed he has been diagnosed with skin cancer, and is now warning others to get regular skin checks.

Speaking to the Sydney Morning Herald, the Nine NRL commentator, who was absent from the broadcaster’s coverage of the State of Origin series, said he received the shocking news after he went to the doctor’s for a check-up after noticing a dry rash on his face.

“I had a patch of what I thought was dry skin on my face, but I went to the doctor to get it looked at … the next thing I knew I was being told that I was on the way to developing skin cancer,” he told the publication.

“With Origin coming up, I spoke to the doctor and said what would happen if I put it off for a few weeks, even three weeks. I said to him, ‘Believe it or not, I work in television and my face is on TV’.”

However, the 61-year-old told the publication his doctor “didn’t give a rats” and told him he had to act straight away, saying: “I was told not to muck around.”

https://t.co/ilpJM8j9Jq It was a surprise that Paul Vautin was not a central part of the Channel Nine commentary team for game one of State of Origin. Now we can reveal why.

Vautin revealed they gave him a treatment called Efudix, explaining: “It’s a cream that they explained to me is like chemo in a tube. I was told to put it on twice a day for 21 days, but after 13 days, I just couldn’t get any more on, it was too painful. At times it hurt so much that I couldn’t talk.

“Now I know that there are plenty of people going through more than me, but this is just what I had to deal with. The doctor told me that I could back off it because it was clearly working. That was a huge relief to me.”

The former Manly Sea Eagles player finished off the interview by warning others to get regular skin checks.

“It just shows you can’t be too careful,” he said. “Go and get your skin checked, even if you think it couldn’t be a cancer and even if you are being careful.”

Many fans have since taken to the Sydney Morning Herald’s Twitter post to wish Vautin well, with Twitter user @PhillipBasti, writing: “Shit Fatty. That’ll do me. I’d rather give myself an uppercut… or cop a falcon. Good thing you weren’t a pelican and saw the Doc. Get better Legend.”

Have you been following this story? Do you have a message for Paul?