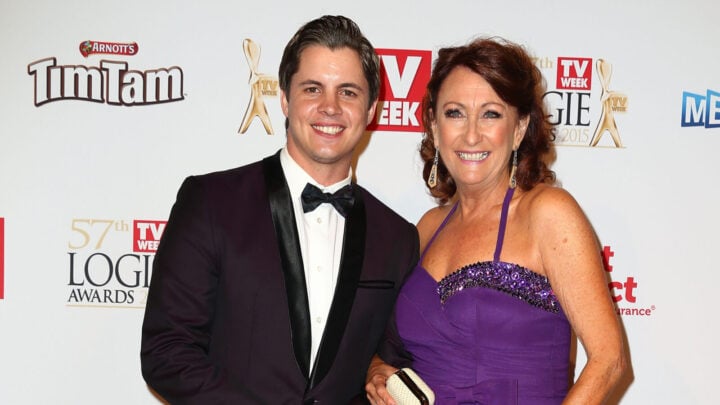 Lynne McGranger has opened up about her past drug use. Source: Getty

You may not know Lynne McGranger’s name, but you will know her face. Lynne McGranger is the woman behind the legendary Home and Away character Irene Roberts. McGranger has starred on the soap since 1993, when she was just 39.

Portraying Summer Bay’s favourite resident, Irene for nearly 30 years, Lynne McGranger releases a memoir next week. While interviewing to promote the memoir, McGranger let some truths loose, saying that up until 2005, she and her husband Paul were massive stoners.

“We used to grow it, we grew our own,” McGranger said.

“Paul has got a real green thumb, the good news is now he is into chillies.”

“I smoked a lot of dope. I just loved it. I would smoke joints, it was the addiction to tobacco because as soon as that went, it was like rolling up a dog turd, it was horrible. Since then, I have come across the odd (hash) cookie but I’m not going to go there.”

McGranger soon rehashed this, saying that she had never filmed a scene for H&A stoned.

“Having said that I have done theatre stuff stoned, but not Home And Away,” she said. “I didn’t drink you see, so that was my wine.”

In another chapter, McGranger reveals that she had an eating disorder between the ages of 15 and 28.

“I had a form of bulimia where you binge and instead of vomiting, you take laxatives,” said McGranger.

“It seemed like a good idea at the time. I now know that it was a form of bulimia but there was no name for it back then.”

Thankfully, McGranger overcame this, and is grateful that the entertainment industry is changing, saying:

“Certainly when I first started on the show, young girls would get pulled aside and told they were stacking on the weight a bit and they better do something. Things are very different now.”

No matter what you think about McGranger, her drug use, or her career as the longest-serving female character in Australian television history, one thing is certain – McGranger’s memoir is going to be a must-read.

“This is me, this is my life, take from it what you like and I hope you are equal parts amused, delighted and horrified,” she said.