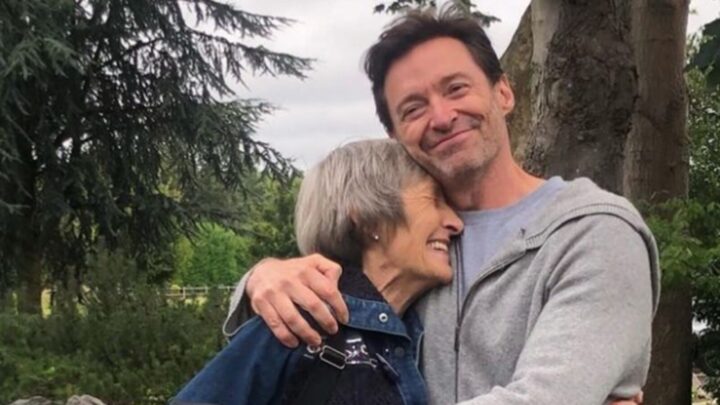 As the saying goes, distance makes the heart grow fonder and it seems that after years of separation, Hollywood actor Hugh Jackman and his once-estranged mother Grace McNeil are going from strength to strength.

Taking to Instagram on Mother’s Day, Sunday, May 8, the 53-year-old actor posted a short and sweet tribute to his mum.

In the photo, the mother-son-duo were all smiles as the pair were snapped with Jackman wrapping a loving arm around his mother.

“Happy Mother’s Day to my dear Mum… and to all of you who are celebrating today,” he wrote as a caption alongside the touching photo.

Many fans were quick to flood the star’s comment section with well wishes and love heart emojis, while others commented on their sweet relationship.

“You have the face of your mother,” commented another.

“Happy Mother’s Day to the woman who brought you in this world and to all the great mums in this world,” wrote a third.

In the past, the Greatest Showman star has spoken honestly about his strained relationship with his mother. He admitted to People magazine, that he was “volatile” after his mum left when he was eight.

“It was triggered because my parents were going to get reconciled and didn’t. All those years I d been holding out hope that they would.”

McNeil returned to England leaving him and his siblings behind with their father, Christopher Jackman, in Sydney.

In a separate interview with Australian Women’s Weekly, Jackman said while it was difficult he “never felt that mum didn’t love me”.

“At the time, it was difficult. One of the main things I remember is that horrible feeling that people were talking about you and looking at you because it was odd for the mother to leave,” he confessed.

“For many years, I thought it was not going to be forever, so I clung to that. Up until about the age of 12 or 13, I thought Mum and Dad would get back together. Finally realising it wasn’t going to happen was probably the toughest time, to be honest.”

Jackman explained that despite the hardships he later understood why his mum left, saying that they have made their peace and now have a “good relationship”.

“I’ve spoken about it at length with her since and I know she was struggling,” he said.

“She was in hospital after I was born suffering from post-natal depression. There wasn’t a support network for her here.”

Jackman, is happily married to his wife Deborra-Lee Furness, 66, with who he shares a 21-year-old son, Oscar, and a 16-year-old daughter, Ava. He also opened up about the impact his relationship with his mother affected his own parenting.

He told the publication at the time: “I think having kids of your own just adds another level of empathy and understanding.”

“And there comes a certain point in life when you have to stop blaming other people for how you feel or the misfortunes in your life,” he said.