Guy Sebastian under fire for backflipping on support for vax campaign 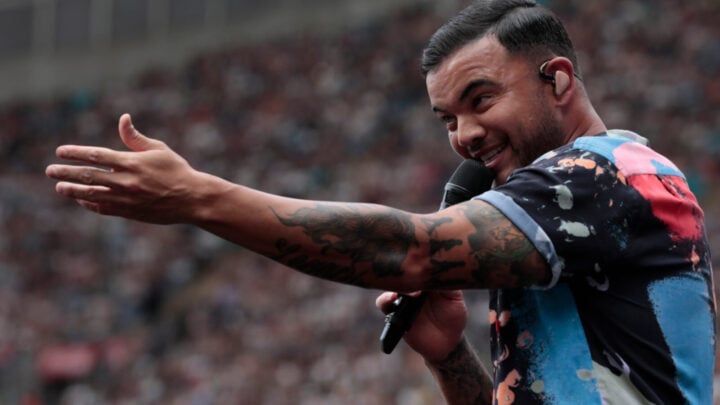 Guy Sebastian has come under fire for distancing himself from his involvement in a pro-vaccination campaign. Source: Getty

If you’ve scrolled through social media over the last 24 hours, you’ve no doubt seen Guy Sebastian’s name pop up. The Australian singer-songwriter is copping a lot of backlash online after he backflipped on publicly supporting a pro-vaccination campaign named #VaxTheNation.

“I’m sure that today some of you might have seen an industry call-out – with the best of intentions for our live music industry, which has been absolutely decimated – trying to find a pathway forward so that we can all assemble together again,” he says in the video.

“It is not my role to communicate in the way that that post was communicating. I would never, ever tell people what to do when it comes to their personal health choices. I’m very sensitive of it, not only at a public level, but even in my personal life, with people who have circumstances that they have to consider when making these choices.

“I just want to say I’m really sorry. It was not a post that communicated with love or compassion, which I feel is what’s needed when it comes to addressing things like vaccinations. I just wanted to clarify that, so that I could speak my truth, and people knew how I actually feel. Lots of love.”

Sebastian later explained that there’s people in his life who can’t be vaccinated for medical reasons and he didn’t want them to feel alienated.

However, Sebastian has faced a wave of criticism from the public and fellow musicians since he uploaded the video late on Monday night. Australian musician Ben Lee tweeted: “To be honest, this is actually a really sad example of what happens when your career is dependent on trying to be all things to all people.”

And on Tuesday morning, 2GB host Ray Hadley went head-to-head with the musician, who originally went on the radio show to clear the air, telling him to “get the splinters out of your arse, get off the fence”.

“Grow a set, Guy, and don’t let those who are perhaps on your website saying ‘I’ll never listen to you again, won’t buy your CDs, won’t go on Spotify ever again’,” Hadley furiously said. “Grow a set, mate, you’re better than that.

However, others have backed Sebastian’s decision, with Twitter user @simondotau writing: “No, you don’t. Sometimes the right answer is ‘I don’t know’. But even when one picks a side, that doesn’t mean one needs to prattle on to everyone they meet about which side they picked. All this incessant side-prattling is making the world extraordinarily tedious.”