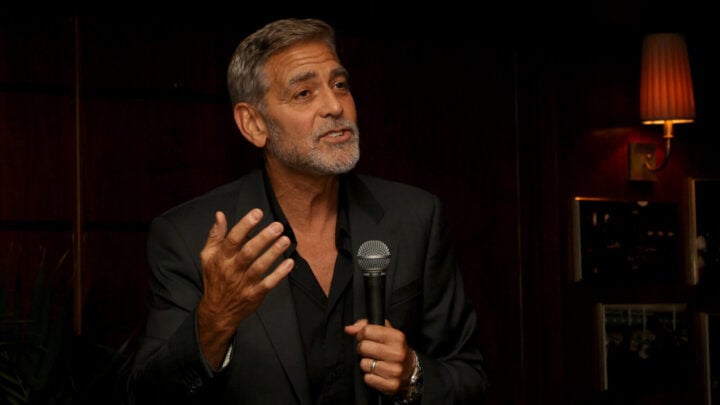 George Clooney has leant his opinion to the alleged ‘Rust’ shooting debacle, speaking on a podcast WTF with Marc Maron.

Marc Maron, a former frequent Letterman guest star, comedian, podcaster, writer, actor, and musician, had Clooney on his podcast as a guest, in an episode released on November 15.

In the episode, the gentlemen discuss many deep subjects, including the fleeting nature of life, Clooney’s activism, and the evolution of Clooney’s career.

The snippet which is really making headlines, however, is Clooney’s breakdown of gun protocol on film and television sets, and takedown of the ‘Rust’ crew in the wake of the alleged shooting of cinematographer, Halyna Hutchins.

“Why, for the life of me, this low-budget film with producers who haven’t produced anything wouldn’t have hired for the armourer someone with experience,” Clooney said.

“Maybe they weren’t even using that gun to do target practice, but they had live ammo with dummies in her pack and that is insane.”

Clooney also shared that he does not believe that there was “any intent by anybody to do anything wrong”, calling the incident “a terrible accident.”

The Hollywood heartthrob then shared the usual gun protocol abided by on sets.

“Every single time I’m handed a gun on set, I look at it, I open it, I show it to the person I’m pointing it to, we show it to the crew,” Clooney said.

“Every single take, you hand it back to the armourer when you’re done, and you do it again.”

Clooney shared that this protocol had been adopted after the tragic 1993 accidental shooting of his friend, Brandon Lee, on the set of The Crow in 1993.

“After Brandon died, it really became a very clear thing”, Clooney said. “Open the gun, look down the barrel, look in the cylinder, make sure.”

Clooney said, “We need to be better at making the heads of department experienced and know what they’re doing.”

“Because this is just infuriating,” he said. “Every time I get handed a six-gun, you point it at the ground and you fire. You squeeze it six times. Always.”

You can listen to hear George Clooney’s full chat with Marc Maron here.