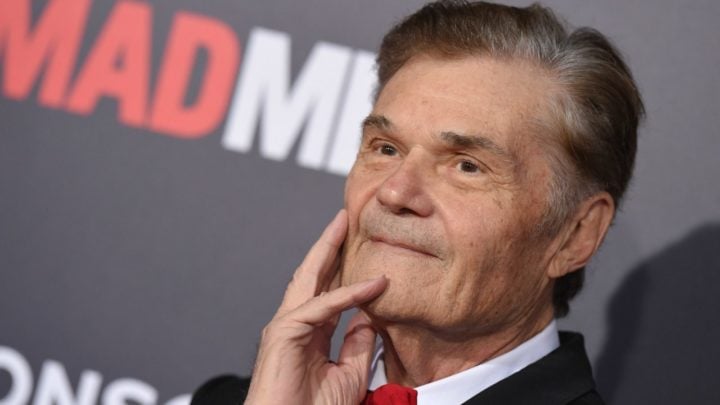 Actor and comedian Fred Willard, best known for his roles in This is Spinal Tap, Best in Show and more recently Modern Family and Anchorman has died. He was 86.

The star peacfully died on Friday from natural causes, a rep for the actor confirmed to People magazine. Willard’s daughter Hope Mulbarger said in a statement: “My father passed away very peacefully last night at the fantastic age of 86 years old. He kept moving, working and making us happy until the very end. We loved him so very much! We will miss him forever.”

The news was first broken by Jamie Lee Curtis, the wife of Willard’s longtime director Christopher Guest. “How lucky that we all got to enjoy Fred Willard’s gifts,” Curtis tweeted. “He is with his missed Mary now. Thanks for the deep belly laughs Mr. Willard.”

How lucky that we all got to enjoy Fred Willard’s gifts. He is with his missed Mary now. Thanks for the deep belly laughs Mr. Willard. Best in Show (7/11) Movie CLIP – Judging the Hounds (2000) HD https://t.co/wPrbk9VjWI via @YouTube

American actor Michael Mckean also paid tribute, tweeting: “I’m at a loss for words, a state Fred Willard never found himself in. My friend for 40+ years, a great comic actor who had no competition because there was only one of him. We were all so lucky. Goodbye, Fred.”

While Steve Carell added: “Fred Willard was the funniest person that I’ve ever worked with. He was a sweet, wonderful man.”

Many fans also took to social media to share their condolences, with one writing: “Oh, No. The laughs he always brought to my family, especially in this movie, will be missed and always remembered!” While another added: “Such a brilliant talent. So sad. Condolences to his family.”

The veteran actor is best known for his work in Guest’s comedies including, Waiting for Guffman, Best in Show, For Your Consideration and A Mighty Wind. More recently, he played Phil Dunph’s father on the long-running TV sitcom Modern Family. He’s also guest-starred on shows such as Community, Mad About You and Ally McBeal.

Do you have a message for Fred Willard's family?