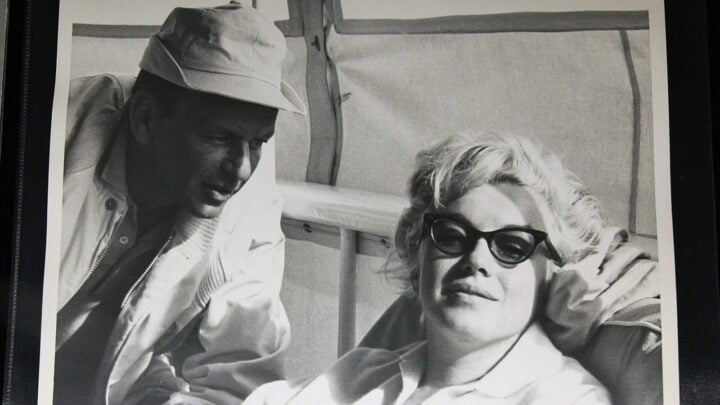 Frank Sinatra and Marilyn Monroe were close friends during their time in the spotlight. Source: Getty

It’s hard to believe it’s been almost 60 years since legendary actress Marilyn Monroe died. Monroe passed away on August 4, 1962 in her Brentwood, Los Angeles, apartment from an overdose.

There have been multiple conspiracy theories surrounding her death, with some believing Marilyn was murdered by US president John F. Kennedy and his brother Robert F. Kennedy. Monroe reportedly had affairs with both brothers and some believe she was killed because she knew too many political secrets. Her death was officially determined to have been caused by a barbiturate overdose and was ruled a “probable suicide” by the Los Angeles County coroner’s office.

Someone who believed those conspiracy theories was Monroe’s good friend Frank Sinatra. According to the crooner’s close confidant and former manager Tony Oppedisano, whose memoir Sinatra and Me: In The Wee Small Hours hits bookstands this week, the singer didn’t believe Monroe’s death was an accident at all.

“Frank believed she was murdered,” Oppedisano writes in his book, People reports. “And he never got over it.”

Oppedisano details Sinatra and Monroe’s close friendship, but makes a point to note their relationship was only platonic. “Frank felt she was too troubled, too fragile, for him to sleep with and then walk away,” he writes.

He also said there was no secrets between the two friends with Sinatra well aware of Monroe’s affairs with the Kennedy brothers. When the affairs ended abruptly, Monroe reportedly told Sinatra “she didn’t understand why they’d shut her out completely once she stopped having sex with them”.

According to the book, the week before her death, Monroe spent time at the Cal Neva Lodge, outside of Lake Tahoe, which was once owned by Sinatra. The story goes that Monroe was actually there to spend some time with her ex-husband Joe DiMaggio, who lived nearby, and had planned to announce the couple’s reconciliation in a press conference a week later.

However, news of the press conference sparked a rumour that Monroe was going to spill the beans on her relationships with the Kennedy brothers, which Sinatra believes led to her premature death.

“Frank said she’d never have spilled about the Kennedys because she still had feelings for Jack [JFK]. Frank believed if the press conference hadn’t been announced, she would have lived a lot longer.”

According to the book, at the time of Monroe’s death, several sources told Sinatra “she’d been murdered with a Nembutal suppository and Robert Kennedy or the Mob was involved” — something that would haunt Sinatra right up until his own death 36 years later.

What do you think? Do you remember Marilyn Monroe's death?