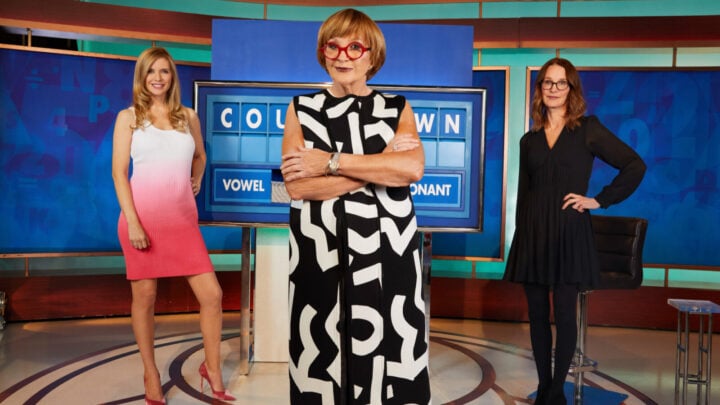 Anne Robinson, the former longstanding host of Britain’s The Weakest Link, is living up to her name as the ‘queen of mean’, after exploding in a blistering attack against ‘woke’ culture. Robinson says she “doesn’t want her language mangled” by the removal of certain words and phrases that may cause offence.

In the past few years, many common terms have come under fire for being offensive, including earlier this year when midwives were told to stop using terms such as “mothers”, “breastfeeding” and “maternal” as part of a new trans-friendly language policy in the United Kingdom. In March this year, the Australian Senate hit back at the use of the PC terms, passing a motion to ban the use of “distorted” gender-neutral language such as “chestfeeding” in official government materials.

For the 76-year-old veteran presenter, it was the word “foreigner” that she was recently told she could no longer use. Robinson told UK publication Express that she was left stunned and fuming by a recent interaction with a contestant while filming Channel 4 quiz show Countdown. “A contestant this week on Countdown said he taught English to non-English-speaking people, and I said, ‘You mean you teach English to foreigners?’,” she told Express. “And he said, ‘We never say that’. Is that woke?

“So I am fed up with it. I’m [also] fed up with people telling me I’ve got to say ‘mixed heritage’ and not ‘mixed race’. I just think we’re being told what to do by people who aren’t in a position to tell us what to do. I don’t want my language mangled. I don’t want to lose the English language. I don’t want to offend anyone but we’re well past whether we offend people.”

The veteran presenter went on to say that she was also shocked to discover that children are learning a “woke language” that has been vetted of all phrases that may cause offence. “I have a chiropodist, a gay chiropodist – that’s not funny, I’m just telling you – who lives with a gay partner, and they have adopted twins,” she explained. “In the process, they have learnt what I would call a lot of ‘woke’ language. Presumably it’s from all the vetting they’ve had to do. And every time I have my feet done I learn something new that I’ve got to say or not say, and I’m beginning to wonder, ‘Who’s the arbiter of this?”‘

In the early 2000s, when Robinson was hosting The Weakest Link, ‘woke’ language was yet to be a thing. Robinson now says that she wouldn’t be able to utter many of the things she once said on air. Robinson added that the program would need someone with an “entirely different approach” since “woke has happened”.

Do you think concerns of offending people are having a negative effect on the English language?