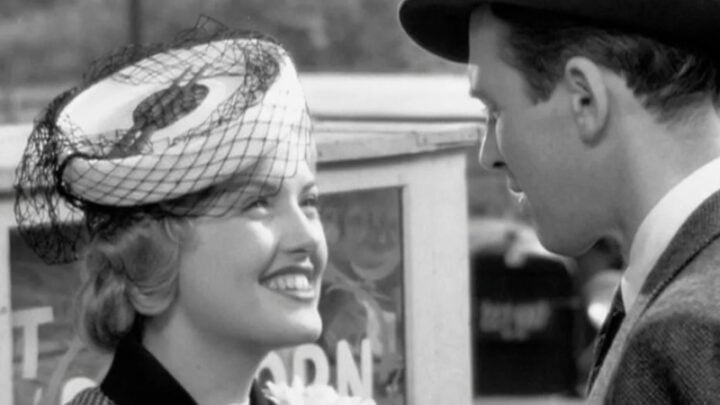 Moss’ death was confirmed by fellow It’s a Wonderful Life co-star Karolyn Grimes, who was a child actor at the time of the film’s release, in a tribute on social media.

“Virginia Patton Moss. She was 97 years old. She played Harry Bailey’s wife in the film, it’s a Wonderful Life!

“She is now with her beloved Cruse. She will be missed!”

Born in Cleveland Ohio in 1925 to Marie and Donald Patton, Moss began her career while studying at the University of Southern California, where she auditioned for roles and acted in plays.

The actress landed a few small roles before being cast in It’s a Wonderful Life, as Ruth Dakin Bailey, wife of Harry Bailey and sister-in-law to the main character, George Bailey.

According to 9News, Moss was the only contracted actress in the popular Christmas flick.

“Virginia was the only girl that was contracted directly by Frank Capra,” Moss’ husband, Cruse W. Moss, said in 2012.

“Everybody else in that film was loaned by another studio. But Ginny was not with the studio and Frank Capra actually signed her for that picture.”

Moss went on to act in four more films such as The Burning Cross, and A Double Life. The beloved actress scored a lead role in the 1948 Western, Black Eagle, before her final big screen credit, The Lucky Stiff, in 1949.

Moss’ marriage to Cruse in 1949 lasted an impressive 69 years before his death in 2018. The couple lived in Ann Arbor, Michigan, where Moss became a businesswoman and raised a family of three children.

Tributes for the actress poured in on social media following the news of her death.

“I loved her. I read how she retired from acting not long after this role. May her memory be a blessing. Prayers for her family,” one fan commented.

“I don’t think I could ever forget that smile. RIP. Bravo.”

“Her scene with George at the train station is so integral to the path that he continues on in life….she will be missed. RIP Ms. Moss,” said another.

“Very genuine and down-to-earth lady and friend to many in Ann Arbor. She is dearly missed in the community by her many friends.”

“Rest in peace, Virginia. Know that you offered millions some great smiles and some happy memories,” one person said.

Memorial plans for Moss are yet to be revealed.