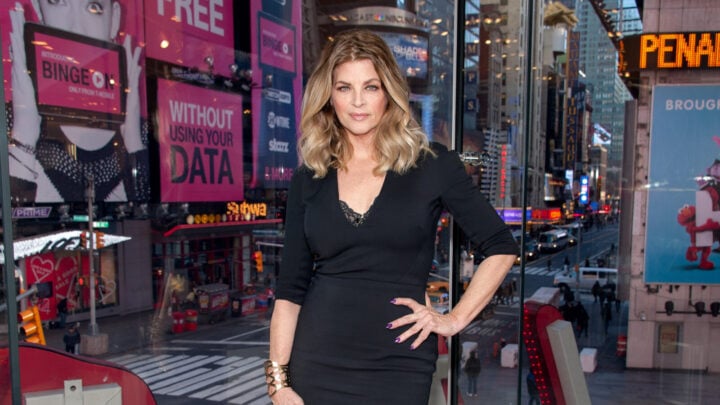 Fans were left to mourn Alley’s death while attempting to come to terms with the shock of her sudden passing. Source: Getty Images.

The entertainment industry is once again mourning one of its own following the sudden death of Cheers star Kirstie Alley, after the 71 year old’s private battle with cancer.

The shock of her passing was felt by many after her two children, daughter Lillie Parker and son True, confirmed her death in a statement issued to social media in which they shared that their “incredible, fierce and loving mother” had passed away on Monday, December 5.

“To all our friends, far and wide around the world,” the statement read.

“We are sad to inform you that our incredible, fierce and loving mother has passed away after a battle with cancer, only recently discovered.

“She was surrounded by her closest family and fought with great strength, leaving us with a certainty of her never-ending joy of living and whatever adventures lie ahead. As iconic as she was on screen, she was an even more amazing mother and grandmother.

“We are grateful to the incredible team of doctors and nurses at the Moffitt Cancer Center for their care.

“Our mother’s zest and passion for life, her children, grandchildren and her many animals, not to mention her eternal joy of creating, were unparalleled and leave us inspired to live life to the fullest just as she did.

“We thank you for your love and prayers and ask that you respect our privacy at this difficult time.”

A representative for the late actress later revealed that the star had secretly battled colon cancer leading up to her death.

Speaking to People, Alley’s representative disclosed that the actress had “only recently discovered” her cancer and was receiving treatment at the Moffitt Cancer Center in Tampa, Florida, before her death.

Alongside those in Hollywood, fans were left to mourn Alley’s death while attempting to come to terms with the shock of her sudden passing. Many took to social media to pay tribute to the late star and share their favourite memories of the actress.

I always admired the renegade spirit of #KirstieAlley and the way she fought hard and never backed down from her beliefs, while simultaneously keeping America laughing:) She will be truly missed❤️ pic.twitter.com/ZonQfGxjL2

When I think of Kirstie Alley on Cheers, one scene I think about is this one where she kept a lit cigarette inside her mouth. #kirstiealley pic.twitter.com/2ZitszJ9Y4

RIP Kirstie Alley – Make the most of every moment of life. #Cheers #SNL #KirstieAlley pic.twitter.com/FkFAl9BSEG

RIP Kirstie Alley and prayers for her family. She made the world a happier and brighter place.

RIP
Kirstie Alley
1951-2022.
You definitely will be missed. pic.twitter.com/W0qQYAyk9n

Among the sea of tributes that were made in honour of Alley, the one that stood out among the rest was from her longtime friend and co-star John Travolta.

Travolta, who starred alongside Alley in the Look Who’s Talking film series, was among the first to honour the late star, taking to Instagram to share a throwback photo of the pair smiling at each other, alongside a poignant message.

“Kirstie was one of the most special relationships I’ve ever had. I love you Kirstie. I know we will see each other again,” he wrote.

Alley enjoyed an acting career that spanned more than three decades with appearances in film such as Star Trek II: The Wrath of Khan in 1982, Village of the Damned in 1995, Deconstructing Harry in 1997, and the 1994 television film David’s Mother, for which she received her second Emmy award.

Her breakout role, and the one which she is best known for, came in 1987 when she was cast as Rebecca Howe for the NBC hit show Cheers.

She received a Golden Globe for Best Actress and and an Emmy for Outstanding Lead Actress in 1991 for her work on the series.

On November 10, 1995, Alley’s contribution to film was recognised with a star on the Hollywood Walk of Fame.