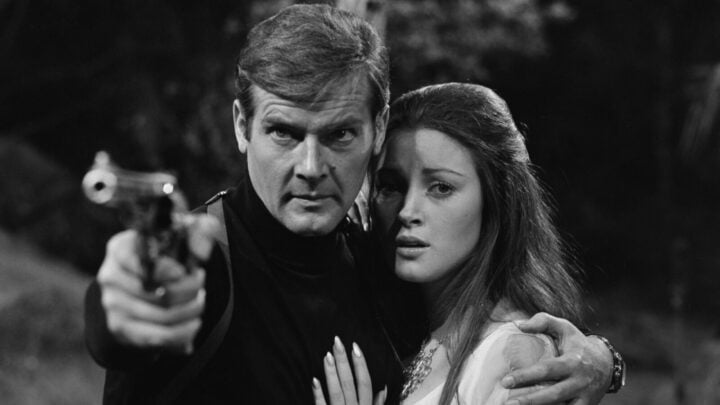 Jane Seymour starred in the 1973 Bond film, 'No Time to Die'. Source: Getty

British-American actress Jane Seymour has stunned fans with a swimwear shot she posted to Instagram on Sunday, ahead of her 71st birthday on February 15.

In the photo, Seymour poses elegantly on a boat, sporting a vibrant pink one-piece featuring a cheeky plunge neckline with frills. She accessorised with large designer sunglasses and wore her hair pulled back in an up-do with her trademark bangs on display.

Seymour captioned the photo with a fun play on words, writing, “Seas the day! What’s on for your weekend?”

Fans were quick to comment, many in awe of the actress’ youthful looks and natural beauty.

“Mrs Jane, I am so blown away, age hasn’t visited you at all,” one user wrote.

“You look so young – even about 35 years old,” another commented.

Seymour is arguably most famously known for her role as the Bond girl Solitaire in the hit James Bond film, Live and Let Die (1973), however, throughout her career she has received multiple major awards for her performances. She also performed in the long-running 1990s TV series Dr. Quinn, Medicine Woman, which won four Emmys.

Last year, Seymour told Prevention magazine that she didn’t “believe in doing anything permanent” when it came to body-altering procedures such as plastic surgery. She admitted to previously trying Botox and finding it wasn’t for her.

She did, however, describe the importance of taking care of her skin. She told Prevention, “Nobody thinks of the skin beneath their neck. They’re so obsessed with getting rid of a wrinkle or a line on their face that they forget the dead giveaway to age is basically your neck, your décolletage, your arms… the dry skin on your shins and your feet.”

The actress also takes a keen interest in regular exercise, such as Pilates, and a healthy diet. In her interview with the publication, she described her love for wholesome, flavoursome foods. “Diets for me never really worked because I’m a foodie. I grow my own vegetables and fruits and I love flavour,” she said.

The actress is passionate about being uniquely her own person, explaining, “It’s about what I can do to be the best me I can be, rather than trying to be like someone else,” she explains. “I’m not Cindy Crawford. I’m Jane Seymour,” she said.

Do you think the actress looks 70?