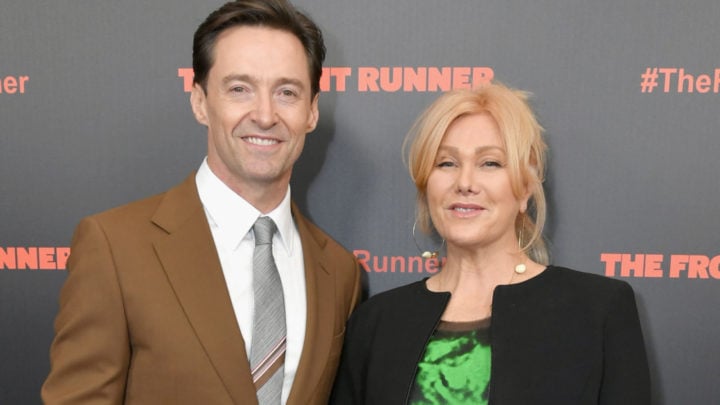 The actress spoke to Stellar magazine about her career and marriage. Source: Getty.

She is the wife of Hollywood superstar Hugh Jackman, but Australian actress Deborra-Lee Furness has enjoyed a successful career in her own right, having met The Greatest Showman star on the set of TV drama Corelli in 1995.

Now though, the 64-year-old, who shares two children with Hugh, has opened up about the frustration of being known as ‘Mrs Hugh Jackman’ in an interview with Stellar magazine. Deborra-Lee was also chosen as the cover star of the most recent edition of the magazine, which came out on Sunday.

“Sometimes it’s tricky. People put you in a box and have an idea of who you are,” she told Stellar. “It’s annoying; I don’t like that. The thing about fame that’s challenging is that before, you could meet someone and the joy of getting to know [them] didn’t come with preconceptions that you’re a celebrity or you’re rich.

It comes just weeks after the loved-up couple celebrated their wedding anniversary. The 51-year-old actor shared a sweet message on social media in April as the couple marked an incredible 24 years of married bliss. Hugh also shared a throwback photo of the couple, showing them dressed up for a glitzy night out during their younger days.

“These 24 years have been the best of my life!” Hugh wrote on Instagram. “And, as far as I can see, we keep getting better. I love you Debs with every fiber [sic] of my soul. Happy anniversary.”

Hugh regularly pays tribute to his wife and last year, during his string of live shows, the X-Men actor gushed about Deborra on stage as he told fans that spending his life with the actress was one of the few things he has “known for sure” throughout his life.

“I knew very early on in our relationship we were going to spend the rest of our lives together. I could feel it,” he told the crowd in Brisbane, before revealing that he almost didn’t make the cut as Wolverine in X-Men.

Are you a fan of Deborra?