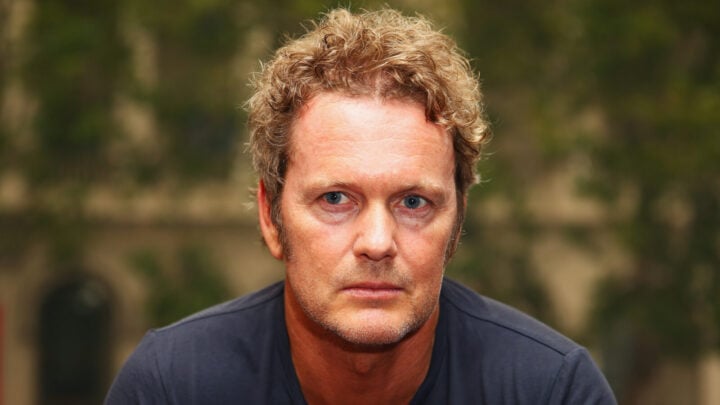 A British woman has become the 10th person to make allegations against Craig McLachlan. Source: Getty

A British woman has accused Craig McLachlan of groping her during the live filming of her children’s TV program, with the host deciding to come forward after seeing the 7NEWS Spotlight interview, in which McLachlan said his female co-stars fabricated their claims because they were jealous of his success.

Jeanne Down, who was the host of Children’s ITV (CITV) – a British free-to-air children’s television channel – told the ABC that McLachlan, 55, groped her live on air while he was a guest on her popular children’s show in 1990. Between 1989 and 1991 Down presented the television show live every weekday afternoon alongside her puppet sidekick, Scally the dog.

In May 1990, McLachlan featured as a guest on the station. At the time he was 24 and known for his roles in Neighbours and Home and Away and a hit single ‘Mona’ with his band Check 1-2. Down – who was 23 at the time – had hosted the program, which she described as her “dream job” for about a year when during a live segment she felt McLachlan’s hand groping her.

Footage of the alleged incident was supplied by CITV to the ABC and shows McLachlan and Down sat extremely closely together on a bench. Toward the end of the segment McLachlan’s arm is seen draped behind Down, who suddenly jumps up slightly, and looks to someone off camera. Down told the ABC she wasn’t sure what to do at the time as the segment was live, with millions of children watching.

You can see the video here.

“Part way through the show, we were all in mid-conversation live on air,” Down told the ABC. “Suddenly, Craig forced his hand right under my bottom and pushed hard into my private middle area. I was wearing black leggings which were made of fairly thin material. The strong action of his hand under my bottom was very much felt intimately.

“It was only for a second or two and I almost let out a shriek, but I was on live TV and could not do or say anything — this is children’s TV and I had millions of little kids watching me.

“It was totally out of the blue and I was so shocked and stunned.

“I turned to him, still speaking, and I feel sure I had a weird, puzzled look, being pretty stunned at what just happened. Craig didn’t flinch and just carried on as normal, as though nothing had happened.

“I was so overwhelmingly shocked, disappointed, angry, violated, devastated, sad and actually physically hurt as his hand and his fingers were so strong. I fought hard to hold back tears, my body was shaking, convulsing inside.

“I had to carry on and remain professional. It was the only thing I could do.”

Following the incident Down told the ABC she “shut down” and couldn’t wait for the interview to be over. Once filming had stooped she said she never wanted to see McLachlan’s face again.

After seeing McLachlan’s recent interview on Channel 7, where he denied allegations of sexual assault waged against him, and decided it was time to tell her story, in a show of support for the other alleged victims.

While the 7NEWS Spotlight interview was the catalyst to finally speak out, it wasn’t the first time Down had considered, and even contacted media outlets to tell her story but changed her mind when they refused to keep her identity anonymous. Down had also relayed her experiences to multiple friends as well as her husband before deciding to tell the world.

The news comes following a string of allegations against the former Home and Away star and following his tear-filled tell-all interview on 7NEWS Spotlight, in which McLachlan spoke about the allegations of sexual harassment, which have plagued him since 2018, saying the claims had resulted in “the absolute demolition” of his life.

Down is now the 10th person to make accusations of sexual harassment or bullying against McLachlan, including five actresses and one actor from the 2014 production of Rocky Horror Show, two actresses from the TV series Dr Blake Mysteries and a runner on the TV show City Homicide.

In December 2020, McLachlan was found not guilty of seven indecent assault charges and six common assault charges relating to his alleged conduct towards four women during the 2014 tour of The Rocky Horror Show. Just 24 hours after the 7NEWS Spotlight interview aired, McLachlan was hit with fresh allegations of sexual harassment and bullying on the set of The Doctor Blake Mysteries TV series, as well as during The Rocky Horror Show.

The actor is now suing the ABC, Fairfax and an actress for defamation over the 2018 reports.

The defamation case was put on hold when McLachlan was charged with indecent and common assault charges relating to his alleged conduct towards four female co-stars on the Rocky Horror Show.

Have you been following the stories about allegations against McLachlan?