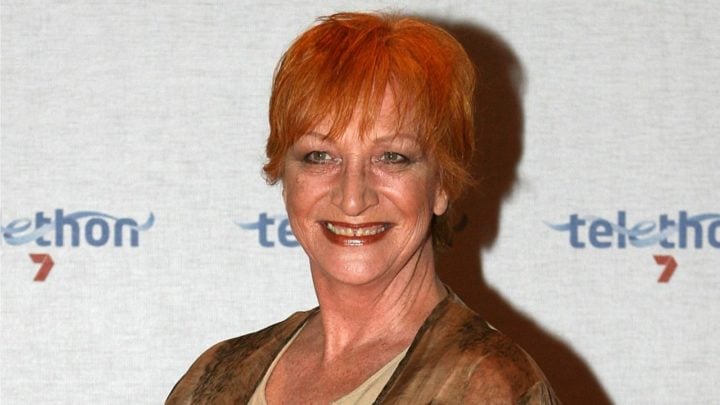 Cornelia Frances has been honoured with an Order of Australia medal for her service to the performing arts as an entertainer. Source: Getty

Cornelia Frances’ son Lawrence Eastland has paid tribute to his late mother on Australia Day after she was granted a posthumous Australia Day honour.

It was announced on Saturday that Frances had been honoured with an Order of Australia medal for her service to the performing arts as an entertainer.

Sharing a photograph of his mother on Instagram, Eastland explained that he was so proud of what his famous parent had achieved in her life.

“I’m so proud of my beautiful mother who was awarded a posthumous Order of Australia medal today for her contribution to the arts, something she truly deserved,” he wrote. “I wish she was here to celebrate receiving this incredible award! A truly amazing lady.”

Along with his caption, Eastland shared a series of hashtags, insisting her posthumous honour was better than a Logie, that he was so proud and that his missed his mother.

The Home and Away and Weakest Link legend passed away after a battle with cancer last may. Known for playing Morag Bellingham on the iconic soap, Frances died just weeks after her 77th birthday.

He wrote in the emotional caption at the time: “A very personal photo of my mum during one of her resting moments, she is so peaceful, soft and serene. I truly love this woman. #f***cancer #beautiful #cornelia #mum #iloveyou #whatawoman #peace #sleeytime #sleep #rest #divinefeminine #strong #inspiring #iloveyoumum.”

The quiz show host first revealed she was fighting bladder cancer in January 2018, and said she got the diagnosis in 2017 following a series of health scares. Despite chemotherapy and radiation, the cancer spread to her hip and later to her spine.

Before her death, she spoke to A Current Affair about the six decades she spent in the entertainment industry.

“That’s 60 years of being in the industry which has thrilled me, it’s been a wonderful road and I’ve loved every minute.”

Frances rose to fame on Aussie soap Young Doctors in which she played the acid-tongued Sister Scott. She also appeared on Sons and Daughters before taking on the role of Alf’s evil sister on Home and Away.

Other Australians who received Australia Day honours include Olivia Newton-John for her contributions to health and the entertainment industry, actress Magda Szubanski for her activism and acting and Olympic swimmer Ian Thorpe for his contributions to Aussie sport and significant service to youth and Indigenous education.

Were you a fan of Cornelia Frances? Do you have a message for her son?