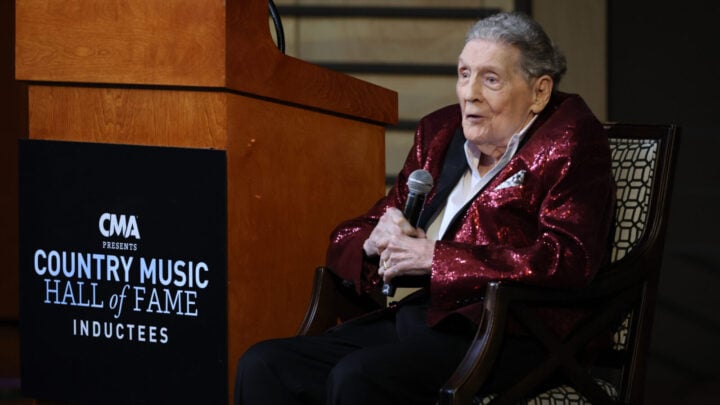 Rock ‘n’ Roll great Jerry Lee Lewis has been confirmed as alive, following the wrongful announcement that he had died on Wednesday, October 26.

A spokesperson for Lewis confirmed the announcement of his death was incorrect to Page Six, slamming media outlet TMZ for acting on misinformation.

TMZ has released a formal apology, saying it “regrets the error” and retracted the announcement in a statement.

“Jerry Lee Lewis is not dead … as we previously reported,” TMZ said.

“We’re told the rock ‘n’ roll legend is alive, living in Memphis.”Earlier today we were told by someone claiming to be Lewis’ rep that he had passed. That turned out not to be the case.

The Great Balls of Fire singer has been unwell recently with the flu, with an announcement on his Facebook page showing the 87-year-old looking frail in bed.

The Facebook post, shared on October 20, said Lewis had been “inducted into the Country Music Hall of Fame” and that his dear friend Kris Kristofferson would accept the award on his behalf.

“On Sunday, Jerry Lee Lewis was finally inducted into the Country Music Hall of Fame,” the post read.

“The legendary Jerry Lee was too ill with the flu to attend the ceremony. His longtime dear friend Kris Kristofferson accepted in his honor from Hank Williams Jr. and Kris and his wife Lisa were nice enough to drive down to Memphis and present it to Jerry Lee in person.

“We love you, Kris, thank you so much – and major thanks to all the millions of fans who supported this effort, fellow Hall of Famers and artists, Country Music Hall of Fame and Museum and staff and CMA Country Music Association for honoring him.”

The post included a note from Lewis that thanked the Country Music Hall of Fame for the honour while expressing his dismay that he was unable to attend the ceremony.

“‘Dear friends and fans in Nashville, It is with heartfelt sadness and disappointment that I write to you today from my sick bed, rather than be able to share my thoughts in person,” he wrote.

“I tried everything I could to build up the strength to come today – I’ve looked so forward to it since I found out about it earlier this year. My sincerest apologies to all of you for missing this fine event, but I hope to see you all soon.

“To be inducted into the Country Music Hall of Fame is the highest honor in Country music. Through over 60 years singing music professionally, country has always been the genre where I felt the most at home – between my fellow artists, the radio and the industry players — some of them anyway.

“I am honored to be going into that Hall of Fame rotunda with some of my heroes – Hank Williams Sr., Jimmie Rodgers and the like – not to mention so many amazing friends who have been so good to me through the years.

“Thank you all for your support and love and for electing me into the Country Music Hall of Fame, and most of all, thanks to God for allowing me to experience this honor while I am still here.

“Since I could not be in-person with you today, I have asked one of my closest and dearest friends to accept this great honor for me – and he’s no stranger to this process: the legendary, Kris Kristofferson.’”