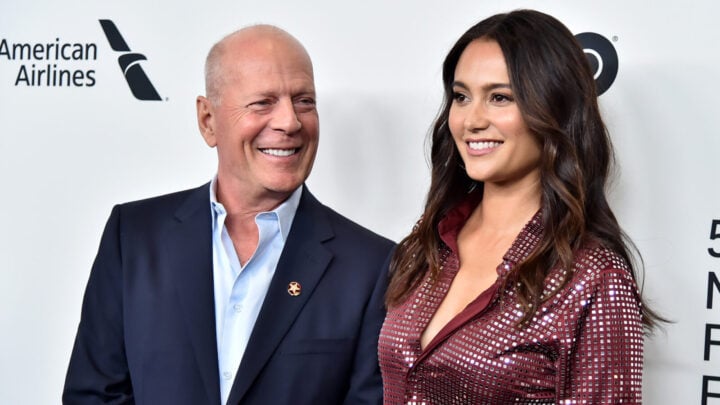 Bruce Willis’s wife, Emma Heming Willis, 43, has taken to social media to share a touching photo of her and her husband as the two enjoyed an intimate getaway together.

Taking to Instagram Thursday, April 7, Hemming shared two loved-up images of herself and Willis, 67, cuddled up on a log as they stared deeply into each other’s eyes and soaked up some much needed peace and serenity.

The happy couple were rugged-up in jackets, vests and hiking boots, alluding to the cold temperatures of their hidden destination.

Fans and friends were quick to respond to the heart-warming post, offering love and support for the couple just days after Willis’s family announced the action star had been diagnosed with the language disorder, aphasia.

Cancer survivor and advocate, Denise Albert, described the photos “as beautiful” as she assured the couple she was “thinking of them”.

“So beautiful. Love this so much. Thinking of all of you!” Albert wrote.

Model and actress, Simona Krainova, also commented, wishing the couple “all the best” on their long road ahead.

“My dear Emma, I think of you and I wish you all the best,” Krainova wrote.

“Sometimes off the grid is the place to be. Be well Willis clan,” wrote another fan.

Willis’s family took to social media on Wednesday, March 30, to announce the actor’s retirement, revealing he would be “stepping away from the career that has meant so much to him” following his shock diagnosis.

Willis’s health news was a devastating blow to the actor’s fans, friends and family.

Willis achieved fame thanks to a leading role in the comedy-drama series Moonlighting and has since gone on to appear in over 70 films. Some of Willis’s notable credits include The Last Boy Scout, Blind Date, Quentin Tarantino’s Pulp Fiction, science fiction hits such as 12 Monkeys, The Fifth Element, and Armageddon, as well as the supernatural thriller The Sixth Sense.

However, it was his role as John McClane in the Die Hard franchise that gave him global recognition and secured his status as an action star.