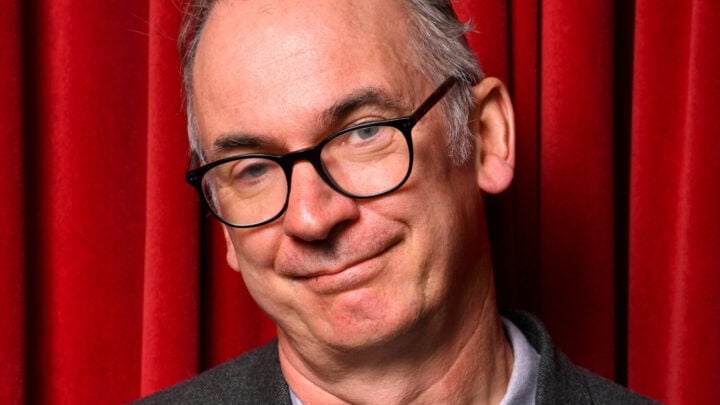 The multi-talented actor passed away on Monday with his family by his side. Source: Getty

British actor Paul Ritter, widely known for his role as Billy Cartwright in the UK crime TV series Vera, has died from a brain tumour, aged 54.

The actor’s career saw him star in a variety of stage, film and TV roles, ranging from a Soviet engineer who helped cause a nuclear disaster in the popular 2019 TV mini-series Chernobyl, to the wizard Eldred Worple in the 2009 film Harry Potter and The Half-Blood Prince.

A statement issued by his agency, Markham, Froggatt & Irwin, said Ritter died on Monday night “peacefully at home with his wife Polly and sons Frank and Noah by his side”.

“Paul was an exceptionally talented actor, playing an enormous variety of roles on stage and screen with extraordinary skill,” the statement said. “He was fiercely intelligent, kind and very funny. We will miss him greatly.”

Ritter was a familiar face on British TV and the silver screen, playing Martin Goodman, the eccentric father of a London Jewish family in the sitcom Friday Night Dinner from 2011 to 2020, and an operative in the 2008 James Bond film Quantum of Solace. Other TV appearances included historical dramas The Hollow Crown and The Last Kingdom.

Knocked it out of the PARK in Chernobyl. Watching it I consciously thought, “Oh, we have a new movie star.” Between that & how funny he was in Friday Night Dinner… just unreal talent. Rest in peace, Paul Ritter. pic.twitter.com/nw8HnRZxRd

The multi-talented actor was also a celebrated icon at Britain’s National Theatre, performing in All My Sons, Coram Boy and The Curious Incident Of The Dog In The Night-Time. In 2006, he was nominated for an Olivier Award for his performance in the play Coram Boy and a Tony Award for the 2009 production Norman Conquests. He also appeared on the West End stage as Prime Minister John Major alongside Helen Mirren in The Audience.

Fans and fellow actors have taken to social media to share emotional tributes to the award-winning actor. One fan wrote, “The sign of a good actor: when you can perform two polar opposite roles so seamlessly. RIP Paul Ritter x.”

Actor and comedian Rob Delaney spoke of Ritter’s immense talent, saying, “Knocked it out of the PARK in Chernobyl. Watching it I consciously thought, ‘Oh, we have a new movie star’. Between that & how funny he was in Friday Night Dinner… just unreal talent. Rest in peace, Paul Ritter.”

What do you remember Paul Ritter from?