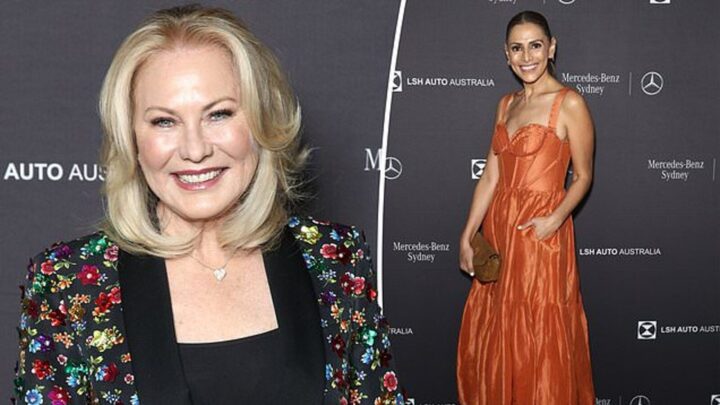 Battling breast cancer alone can be a daunting prospect but for television personalities, Kerri-Anne Kennerley and Sally Obermeder, coping with the disease has given them the opportunity to develop an everlasting friendship.

Back in 2012, Kennerley was diagnosed with breast cancer and was undergoing treatment at North Sydney’s Mater Hospital when she ran into Obermeder, who had just undergone breast cancer surgery in the same hospital.

“Something in me made me seek her out,” Kennerley told The Sydney Morning Herald, sharing that she knew Obermeder had been diagnosed with stage three cancer in 2011.

“Before I had been diagnosed, I had followed her story,” Kennerley revealed. “And I thought she was incredibly inspiring.”

Obermeder was just 38 when she learned of her cancer after doing a routine check-up when she was pregnant with her daughter, Annabelle.

While in hospital, Kennerley went out of her way to find Obermeder to “say hi,” the pair instantly became fast friends as they bonded over their shared experience with the disease.

At the time of their meeting, Kennerley was preparing for radiotherapy after surgeons had removed two lumps and four lymph nodes.

The TV veteran had remarked that Obermeder’s positive attitude had helped her tackle her cancer.

“She’s really a role model that I look up to,” Kennerley had said.

“She was such a joy and a support for me.

“I’ve interviewed every politician and star that’s been in this country for 20 years and I’ve never met somebody with that resilience and extreme fabulousness.”

Three years later in 2015, a cancer-free Kennerley recalled her first meeting with Obermeder on Seven’s The Daily Edition.

“You were the one who gave me the strength,” a tearful Kennerley said during the live interview.

“Nobody really knows, the day I went into surgery, I’d heard all about you, but never really met you.

“I walked into your room, you gave me the most extraordinary support and what you were going through was so much worse.'”

Since her diagnosis, Kennerley has spoken candidly about her cancer battle and is continuously urging women to get tested for breast cancer.

“If you don’t think you’ve got time or you’re too busy, trust me, you don’t know what busy is until you have to see surgeons, nurses and anaesthetists,” Kennerley said.

According to Curtin University’s Professor Rachel Moorin, breast cancer was the most commonly diagnosed cancer in Australia in 2019, with one in seven Australian women diagnosed with breast cancer by the age of 85.

“Breast cancer is second only to lung cancer as the most common cause of death from cancer in Australian women,” she says.

Screenings are encouraged every two years, but checking the breasts between visits is important and any lumps, bumps or changes need to be addressed with a GP as soon as possible.

Catching cancer early means treatment is more likely to be effective and less invasive but also reduces the risk of cancer spreading to other parts of the body.