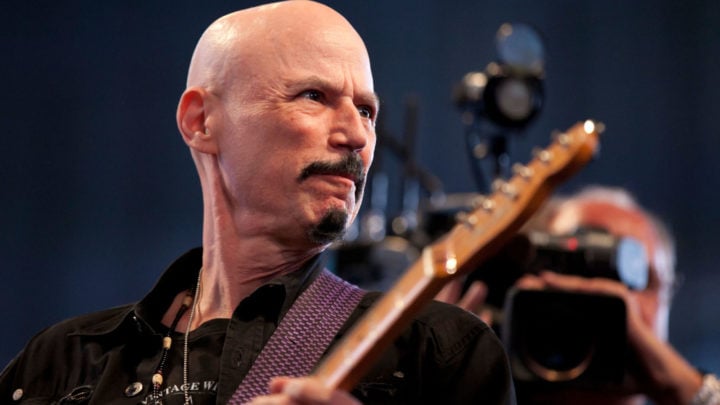 Guitarist Bob Kulick, who played with the likes of Kiss, Meat Loaf and Lou Reed, has died at the age of 70. An official cause of death has not been given.

His brother Bruce Kulick – who is also a professional musician and played with Kiss for a decade himself – confirmed the sad news in an emotional Facebook post on Friday evening (local US time). He also asked that his family’s privacy be respected at this difficult time.

“I am heartbroken to have to share the news of the passing of my brother Bob Kulick,” Bruce wrote. “His love of music, and his talent as a musician and producer should always be celebrated. I know he is at peace now, with my parents, playing his guitar as loud as possible.”

Kulick auditioned for the band Kiss in the 1970s, however the role went to Ace Frehley who played with the iconic US band from 1973 until 1982. He went on to become a studio musician and played lead guitar on Lou Reed’s debut album ‘Coney Island Baby’.

Kiss secretly recruited him to record the studio tracks for their 1977 album ‘Alive II’, due to Frehley being unable to participate at the time, and he also recorded tracks on a number of other Kiss albums including ‘Unmasked’, ‘Killers’ and ‘Creatures of the Night’.

Tributes poured in for the talented guitarist following the sad news, with Kiss leading the charge. A tribute posted on the band’s official Twitter account read: “We are heartbroken. Our deepest condolences to the Kulick family in this difficult time.”

US radio personality and musician Lou Brutus wrote: “Very sad to hear of the passing of the great Bob Kulick. A phenomenal player and overall cool human being. My condolences to his fans, friends, and family, especially his brother Bruce (another wonderful person).”

Fans also paid tribute, with one writing: “Saw him play with Meatloaf in 85, and loved his work with Paul Stanley. A brilliant guitarist!! His great work will live on.”

Another commented: “Condolences. I loved his work on alive 2. May he R.I.P.” While another said: “A well deserved place in KISStory…RIP.”

Are you a fan of Kiss?