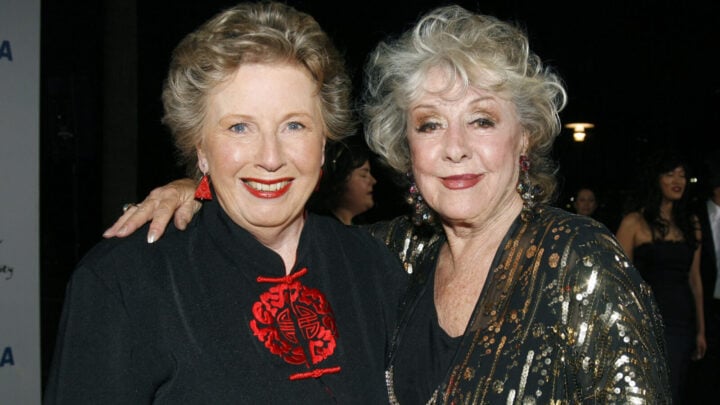 After a move to Australia in 1965, Sydney became a prominent fixture on the Australian small screen and quickly became a household name for her role as Margaret "Maggie" Sloan on A Country Practice. Source: Getty Images.

Beloved actress, Joan Sydney, who became a household name for her noteworthy appearances on popular Australian drama series Neighbours and A Country Practice has passed away at the age of 83.

Close friend and fellow actress, Sally-Anne Upton, took to social media to announce Sydney’s death in which she reflected on the “love, friendship, many memories” the two shared.

“My darling colleague & longtime friend Joan Sydney passed away peacefully last Wednesday 28th Dec 2022 and I want to pay tribute to her,” she wrote.

“My first introduction to Joan was when she portrayed the delightful character of Matron Maggie Sloane in ‘A County Practice’.

“But I personally first met Joan through Anne Phelan when we were putting together Nightingala a fundraiser for the Australian Nurses Federation (Vic Branch) in the 90’s. I asked Joan if she would appear as Matron Solane and at first she was very reluctant. She thought it wouldn’t work, as Wandin Valley had been a long time off our screen and I said “Are you kidding me, everyone will know who you are and it will be the highlight of the show.” and sure enough, as I’m MC ING the second half, she appeared through the curtain in her White Nurses uniform and 70’s Nurses cap, no words spoken and brought the house down!

“Later in the green room, she was still in shock, of the response “WELL I NEVER!” She gave me her uniform and cap and told me to use it for my Nursing Stand up gigs, which I wore with such pride and still have in my wardrobe today.

“Our friendship blossomed and I would delight in spending time with Joan and Maggie wherever they lived, enjoying their fabulous hospitality, they were hilarious raconteurs, great cooks and their gardens looking spectacular!

“The last production Joan ever worked on was Miss Fisher Murder Mysteries and I was privileged and lucky enough to finally work along side her as ‘Sisters in Crime’. Her short-term memory was fading, it was a difficult and worrying experience for her but we laughed and worked through the script together and she triumphed in the end. Good old Dr Theatre ???? kicked in!

“She told me that this was her last time performing and although I wanted to say “NO you have so much more to give”, I knew that would be selfish and a great leading lady knows when to exit the stage and bow out with dignity.

“The last time we saw each other was at Maggie’s memorial gathering. Although not knowing many of our faces, the recognition of my voice was apparent, her eyes lit up, our connection was still strong and, although COVID has kept us apart, I am relieved for you,that you are now released and with your sister Maggie and darling friend Annie in spirit again, up their together “Dirty Dusting”

“Thank you for all you have taught me, love, friendship, many memories shared that will be treasured forever RIP DARLING JOAN.

“As per her wishes, she will be cremated privately and there will be no funeral ceremony or memorial to attend.”

Born in London, England in 1939, Sydney began her entertainment career with roles on both the stage and film in her native homeland, with her screen debut coming at the age of 18 in the 1957 film When We Are Married.

After a move to Australia in 1965, Sydney became a prominent fixture on the Australian small screen and quickly became a household name for her role as Margaret “Maggie” Sloan on A Country Practice from 1983 until 1990.

Her portrayal of Sloan earned her a Silver Logie Award for Most Outstanding Actress in 1989.

In 1990, Sydney joined joined another Australian soap opera with a role as publican Mary Pratchett on E Street.

In 2002, she joined the long-running series Neighbours as Valda Sheergold, she initially appeared on a  semi-regular basis before becoming a permanent cast member during the 2007 to 2008 season.

Alongside her noteworthy appearances in several popular Australian drama series, Sydney made numerous guest appearances on such shows as Mother and Son, All Saints, and Miss Fisher’s Murder Mysteries.

An outpouring of grief and heartfelt tributes followed the news of Sydney’s passing with an adoring public taking to social media to remember the late actress’ stellar career and life.

#RIP Joan Sydney – best known as Matron Sloan from A Country Pratice – dead at the age of 83. pic.twitter.com/DQT2poGF3O

Matron, oh Matron ???? I adored Joan Sydney as Matron Sloan on “A Country Practice”. She could do wit or knock-your-socks-off drama effortlessly. So many memories for a generation, that was the power of TV in those years of the ‘80s and early ‘90s. I’m very sad. RIP. pic.twitter.com/3C5Fb39REe

RIP Joan Sydney. Her role as Valda Sheergold will always be one of the most ICONIC recurring guest characters in #Neighbours’ history! pic.twitter.com/wuJ7JQNxOP

Sydney is survived by her son Tony Braxton-Smith.