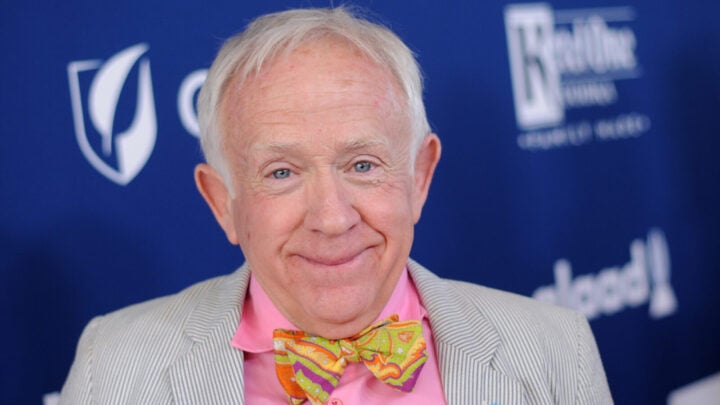 Beloved actor and comedian Leslie Jordan, who became well known for his scene-stealing appearances in Will and Grace and Hearts Afire, has sadly died at the age of 67.

Jordan was reportedly involved in a fatal car accident on Monday, October 24 after suffering from a medical emergency, according to TMZ. A representative for Jordan confirmed his passing in a statement, stating that “the world is definitely a much darker place today without the love and light of Leslie Jordan.”

“Not only was he a mega talent and joy to work with, but he provided an emotional sanctuary to the nation at one of it’s most difficult times,” the statement read.

“What he lacked in height he made up for in generosity and greatness as a son, brother, artist, comedian, partner and human being.

“Knowing that he has left the world at the height of both his professional and personal life is the only solace one can have today.”

His most iconic role, however, came as Beverly Leslie on the hit sitcom Will and Grace which not only made Jordan a fan favourite of the show’s large fanbase but also secured the actor an Emmy Award for Outstanding Guest Actor in a Comedy Series at the 58th Annual Primetime Emmy Awards in 2006.

Jordan also found success on the stage as both an actor and a playwright with his most well-known as Earl “Brother Boy” Ingram in Sordid Lives, which he would later reprise in film and television adaptations.

Following his success on both the stage and screen, Jordan found a new audience through social media after posting daily comedic videos detailing his time navigating the Covid-19 lockdowns.

After news of his death made headlines across the globe, the entertainment identities joined fans in honouring the late Jordan while fondly recalling some of his most prominent roles.

I just heard about Leslie Jordan. This is unbelievably tragic. He was such a light. Sending love to his family and friends.

My heart is broken. Leslie Jordan was one of the funniest people I ever had the pleasure of working with. Everyone who ever met him, loved him. There will never be anyone like him. A unique talent with an enormous, caring heart. You will be missed, my dear friend. ????❤️ pic.twitter.com/RNKSamoES0

Star Trek star George Takei was left “stunned” by the death of Jordan, telling his followers the late actor will be missed for his “mirth” and “inimitable spirit”.

I am stunned at the death of Leslie Jordan, who delighted us with his many roles on television and film. The cause of death was a car crash after he suffered a medical emergency. Leslie, we are heartbroken at your loss and will miss your mirth and your inimitable spirit.

Wonder Woman star Lynda Carter said it “feels so cruel that this could happen to such a beautiful soul” after hearing of Jordan’s death.

Leslie Jordan put a smile on the faces of so many, especially with his pandemic videos. What a feat to keep us all laughing and connected in such difficult times… It feels so cruel that this could happen to such a beautiful soul. https://t.co/JKj2t8Km7A

Remember when #LeslieJordan single-handedly saved all our sanity during the early pandemic months? #RIP #hunkerdowners

Thank you Leslie Jordan for bringing joy to millions and keeping us giggling during Covid lockdown. Rest In Peace. pic.twitter.com/8HFLtNJ6V6

Thank you #LeslieJordan for the laughs, the joy. You were a favorite of mine. Just goes to show you that we’re here for a good time, not a long time. My condolences to your family and loved ones. See you on the other side. ♥️

Of all the deaths that are shocking this year Leslie Jordan probably has to be up there. Not supposed to go out like this; RIP, good man.

Jordan is survived by his younger twin sisters, Jana and Janet.