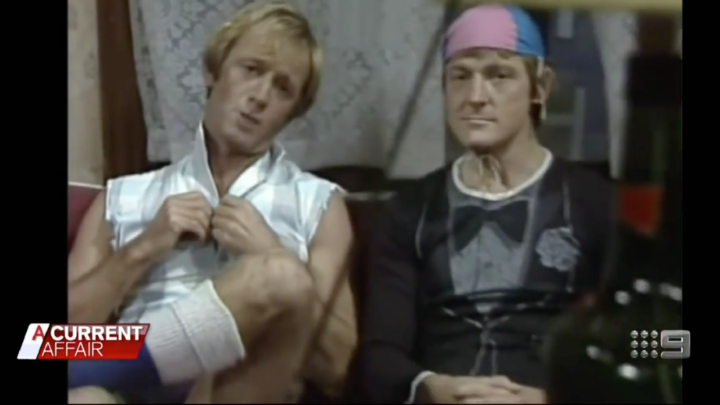 Australian comedian John Cornell, best known for his role as ‘Strop’ in The Paul Hogan Show, has died after a long battle with Parkinson’s disease. He was 80 years old.

According to a 9News report, Cornell passed away peacefully at his home in Byron Bay, on the NSW North Coast, Friday morning with his wife and eldest daughter by his side, and his youngest daughter on the phone from the United Kingdom.

“A classic Australian character, John Cornell made the lives he touched much richer, not only through donations, but also through his generosity of spirit, humour, humility and honour. A true egalitarian, John sought equity and equality, and fought for a fair go,” his family said in a statement, 9News reports.

He is survived by Delvene Delaney, his wife of 46 years, and his daughters, Melissa, Allira and Liana Cornell.

Tributes have already started pouring in for the film producer and businessman, with Scottish-Australian singer John Paul Young, writing on Facebook: “Very sad to hear the news of the passing of John Cornell known to millions of us as Strop in The Paul Hogan Show.

“John was a wonderful man and exceptionally talented, he was so generous to me and my band in the late 70s, we seemed to cross paths often, he paved the way for the resurgence of Australian movies across the world. He transformed Byron Bay almost single handed.

“I have fond memories of going fishing with him in Yamba and having dinner with him and Paul many times at The Beaches Hotel. My sincere condolences to Delvene and the girls. A huge loss to Australian Showbiz.”

Meanwhile, fan and Twitter user @MargotFitzpat12 wrote: “Another comedy legend has left us – thanks for the laughs John Cornell.”

@dypsis added: “A very sad day. An Australian legend has gone. RIP Strop.” While @Clubby_R8 tweeted: “So sad to hear the news of the passing of John Cornell. Thoughts and prayers to family and friends. RIP John.”

Cornell started off as a journalist at the Daily News in Perth before joining A Current Affair as a producer. He later teamed up with Hogan to create the hugely-successful series The Paul Hogan Show, which he co-wrote, produced and performed in. The comedic duo also produced Crocodile Dundee in 1986. He also worked closely with Kerry Packer in setting World Series Cricket in 1977.

Do you have a message for John's family?