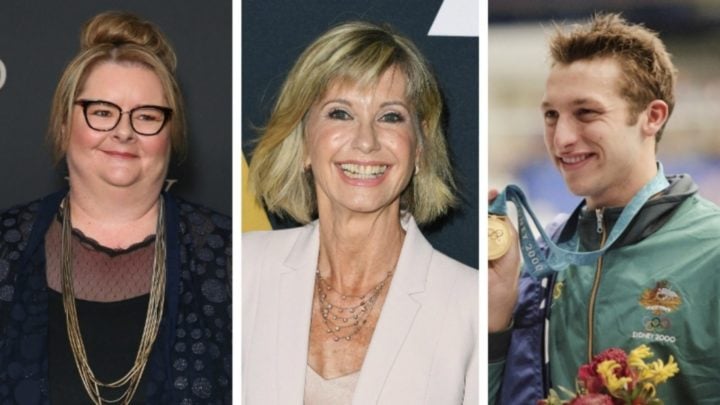 Some familiar faces including Magda Szubanski, Olivia Newton-John and Ian Thorpe have been acknowledged for their work in this year's Australia Day 2019 Honours List. Source: Getty

Peter Cosgrove, the Governor-General and Chancellor of the Order of Australia, has announced 1,400 awards in the Australia Day 2019 Honours List.

This year’s list is the largest since the Order of Australia was established in 1975 and recognises the contributions and service by outstanding individuals from right across Australia and in many fields.

2019’s list, which was announced on Saturday morning, includes 1,127 recipients of awards in the General Division of the Order of Australia and 273 meritorious and military awards.

This year also saw the highest number of awards for outstanding service or achievement in the community (516 in total), as well as a record-breaking 422 awards for women.

“On behalf of all Australians I congratulate recipients of Australia Day Honours. These people are worthy of our respect, admiration and thanks – they have made an enormous contribution to their local communities and to the entire nation,” Cosgrove said in a statement. “Today’s recipients come from right across the country and from all walks of life. While some are well-known, the majority are unsung heroes.”

The Governor-General explained that this year’s recipients have dedicated themselves to service and while there are some well-known faces in the mix, many are unknown.

“While typically they haven’t sought thanks or recognition, they deserve both. Their generosity, selflessness, compassion, dedication, commitment to service and energy inspire and motivate all of us,” he said.

Olivia Newton-John was one of the people to receive the highest honour for her eminent service to community health, particularly for people living with cancer. Not only has she shown support for medical research, she has also inspired many as a singer and songwriter.

Actress Magda Szubanski has been made an Officer of the Order of Australia. In addition to her work as an actress, comedian and writer, the 57-year-old received the honour after becoming an advocate for the LGBT and marriage equality movement in Australia.

Former Neighbours star Kylie Minogue was also honoured as an OA for her service to the performing arts as a national and international recording artist and entertainer. In addition to her musical success, she’s also the founder of the One Note Against Cancer charity, having battled breast cancer in the past.

Meanwhile, Olympic swimmer Ian Thorpe has been recognised as a member in the general division in the Order of Australia for significant service to youth and Indigenous education through charitable initiatives and to swimming. He’s a patron for ReachOut Australia, an ambassador for the Invictus Games and also worked on the marriage equality campaign in 2017.

Awards in the Order of Australia are based on merit, following nomination by members of the community.

“The list reflects the diverse range of service by Australians – and the diversity of Australians themselves; gender, Indigenous, ethnicity veterans, demographic and regional, rural and remote Australia,” Shane Stone, Chairman of the Council of the Order of Australia said in a statement.

Read more: ‘We love you’: Thai cave survivors deliver special message for Australians of the Year

“I am also delighted that the nomination of women continues to rise, as reflected in the increase of awards.”

The full list of recipients can be viewed at gg.gov.au.

What are your thoughts on those who made this year’s list? Do you think they are worthy recipients?