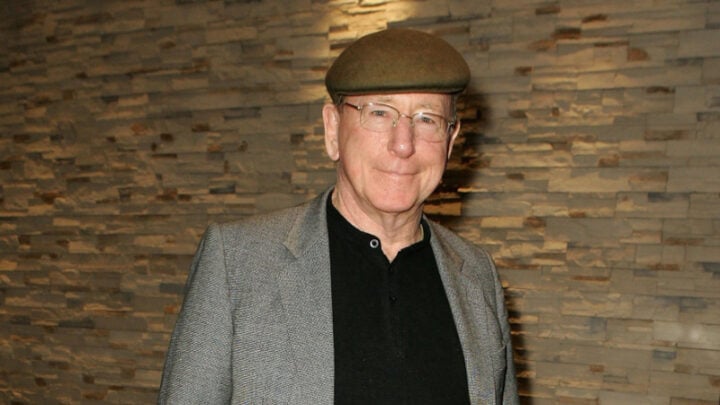 As news broke of Barry's passing, fans and celebrities alike came together to honour the late star and bid farewell. Source: Getty Images.

Beloved Australian film and television veteran and stalwart of the entertainment industry, Tony Barry, has sadly passed away at the age of 81.

Barry’s family released a statement announcing the actor’s passing, revealing that he died “peacefully” on Wednesday December 21 “after a long illness”.

“It is with deep sadness that we advise that Australian actor, Tony Barry, has passed away, aged 81. Tony died peacefully this afternoon (21 December 2022) at Murwillumbah, NSW after a long illness,” the statement read.

“In addition to his acting career, Tony was known for his deep and long-term commitment over many years to volunteer work including Indigenous rights, working as part of rehabilitation programs in the justice system and a range of environmental activism. A celebration of Tony’s life will be held on a date to be set. Tony is survived by his son, Bou Barry, his two granddaughters, his sister, and nieces and nephews.”

Barry’s good friend, New Zealand filmmaker Gaylene Preston, took to social media to also speak of the passing of the “one of a kind” performer.

“It is with a heavy heart that we farewell Tony Barry who died peacefully yesterday at Murwillumbah NSW after a long illness,” Preston wrote.

“Pictured here with me during the making of Home By Christmas, he played my father and became one of the family ever after. He won best actor at the Qantas awards in 2010 for that performance. He was one of a kind.

“A fierce fighter for the underdog, working for indigenous rights and as part of rehabilitation programmes in the justice system and for the environment.

“He considered himself an honourary Kiwi being the only Australian to feature on a NZ postage stamp for his role in Goodbye Pork Pie.

“Diagnosed with melanoma in 2007, he insisted in keeping going, working to the end.

“A mighty tree has fallen. A warrior is lying down. RIP Tow bar.”

Born August 28, 1941 in Queensland, Australia, Barry made his first on screen appearance in the 1968 TV series Skippy: the Bush Kangaroo before becoming a familiar face on Aussie television with appearances in shows such as The Box from 1975 to 1976 and Matlock Police.

Barry made the move to film in the 1977 drama The Mango Tree and soon followed his feature film debut with roles in numerous Australian and New Zealand films, including Newsfront, The Odd Angry Shot, We of the Never Never, Australia and Home for Christmas, for which he was awarded Best Actor in the 2010 New Zealand Film and TV Awards.

In an impressive career that spanned five decades, Barry amassed a total of 160 acting credits across film and television.

His most notable performance, however, came in Geoff Murphy’s 1981 New Zealand comedy Goodbye Pork Pie. For his part in the film, Barry was given“honorary Kiwi” status after the movie became the first in New Zealand to achieve considerable success.

As news broke of Barry’s passing, fans and celebrities alike came together to honour the late star and bid farewell.

Jurassic Park star Sam Neill was among the first to pay tribute to a “lovely man” and “terrific actor”.

Vale Australian actor Tony Barry who passed away yesterday aged 81.
Tony performed in nearly 60 feature films and over 45 television series and despite the difficulties caused by his illness, Tony worked until shortly before his death. He was an Equity member for over 50 years. pic.twitter.com/op31SIGv29

Vale Tony Barry, Aussie acting icon who stood strong for what he believed in. Loved chatting with you at the Bentley Blockade. Rest in Peace and Power ????✊???? pic.twitter.com/ox2zLbQAh5

Rest In Peace beautiful Tony Barry. You played my dad a few times and I loved and admired you so much. Thank you for everything you taught me & for your patience, empathy & kindness. #gentlesoul #tonybarry pic.twitter.com/PBMA4dcxwC

Vale Tony Barry. Thank you for being a part of our lives and standing up for what you believed in. Rest now pic.twitter.com/V2HMCHaK2U

Barry is survived by his son, Bou Barry, his two granddaughters, his sister, as well as his nieces and nephews.