Boy, 11, taken to hospital after being viciously attacked by family’s pet dog 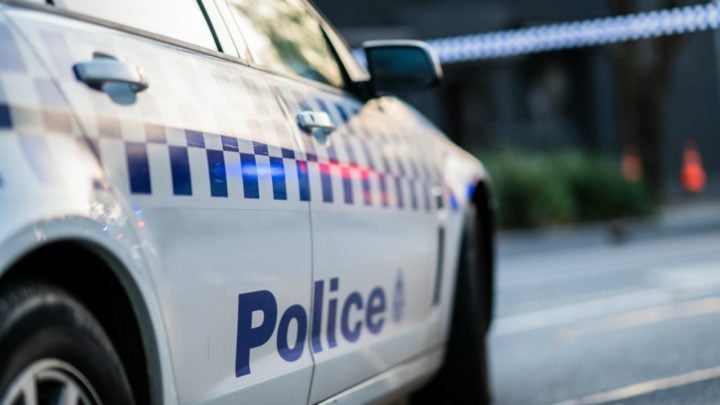 The boy suffered facial injuries after being attacked by the dog. Source: Getty

An 11-year-old is recovering in hospital after being viciously attacked by his family’s pet dog in Melbourne’s north-west.

According to a report in The Age, the boy suffered facial injuries after being attacked by the dog, believed to be a Doberman cross, in the backyard of his home at Cairnlea about 3.20pm on Saturday, with emergency services called to the scene.

He was taken to the Royal Children’s Hospital with facial injuries and remains in a stable condition.

“Local rangers are attending the scene and will remove the dog which has been temporarily secured in the rear yard,” a police spokeswoman said.

A neighbour told the Sunday Herald Sun the family had two children and the dog was often aggressive.

“If I saw that dog half a metre away from me, I’d be scared,” she said.

“In a tragic backyard attack, an 11-year-old child was mauled on the face by a family Doberman,” he said.

“Council animal management officers were called to assist police. The dog is not registered.”

The boy wasn’t the only one to be attacked by a dog in Melbourne this week, a 61-year-old man, reported to be wheelchair-bound, was killed as a result of a dog attack.

The man, named in multiple reports as Leo Biancofiore, was confirmed dead on Wednesday night as a result of a dog attack at his property in Melbourne’s north-east, while his wife Donata (also reportedly known as Donna) sustained serious injuries.

Victoria Police were called to the home in the Mill Park area of the city at around 6.40pm to reports of a dog attack and upon arrival located a deceased man, now known to be Leo, and his wife suffering serious injuries. Donna was transported to the Royal Melbourne Hospital for treatment.

MILL PARK: Leo, 61, has been remembered as a “kind” and “gentle” man. He was tragically mauled to death by the family pet American Staffy named Junior. His wife rushed to help save her husband but she was attacked too @7NewsMelbourne pic.twitter.com/nORF3cXbRp

The dog, reported by the Herald Sun to be the pet of the couple’s son, is thought to be an American Staffordshire Terrier. It was contained at the scene before being secured by a ranger and seized by the council, where it was being held following the fatal incident.