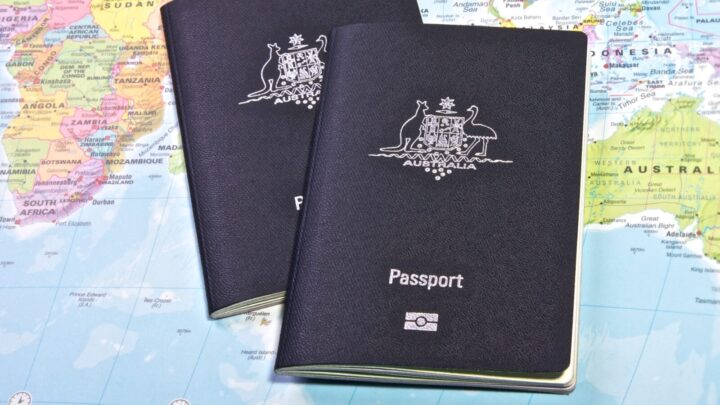 More staff have been added to ease pressure on Australia's passport office as the number of applications hit a daily record. Source: Getty

Aussies bitten by the travel bug are faced with another hurdle after wait times for passport renewals, and new applications, have ballooned causing applicants to wait up to 12 weeks for the processing period.

After two years of international border closures, Australians looking to travel overseas are being warned of lengthy delays with a backlog remaining until the end of the year.

As of Tuesday, June 7, more than 16,000 people applied for passports, a massive spike in applications seen from pre-pandemic levels which reached only up to 8,000 a day.

Assistant Minister for Foreign Affairs Tim Watts has acknowledged the issue, saying the long waits to get into passport offices were unacceptable.

Watts says Australians are now facing a “predictable” problem as a “result of the government dropping the ball and failing to properly plan for the surge in passport applications when borders re-opened.”

The backlog comes as the Department of Foreign Affairs and Trade (DFAT) continue to struggle with staying on top of the 2.4 million Australian passports that had expired since January 2021.

“It shouldn’t be Australians who suffer the consequences of these failures. While it will take some time to get back on track, we will continue to work with DFAT  to make sure the required resources are delivered,” Watts said.

However, back in October 2021, a DFAT spokesperson had warned Australians with expiring or expired passports to get their application in sooner rather than later.

“Recent experience in the US and the UK has shown that there was a significant increase in applications ahead of international travel restrictions being lifted in these countries, resulting in long wait times for passports,” the spokesperson said.

“While the department is doing everything it possibly can to prepare for a similar eventuality, longer than usual processing times cannot be ruled out.”

These passport processing delays have resulted in hundreds of people queuing for hours at their nearest passport office, while others continuously call the centres demanding updates on their documents.

More than 150 people in the que for getting answers for Australian passport renewal/ fresh issuance. Been more than 8-10weeks for most of us in line! Can officials please do something?!?! #australiapassportwait #auspassport #australiangovernment #sydneypassportoffice pic.twitter.com/XqnpZWsaIL

Applicants in Melbourne and Sydney alone waited up to six hours in queues that snaked around a block of two passport offices.

Many frustrated applicants who were unable to get through to the call centres have taken to Twitter to directly message DFAT, only to be given an email address that bounces back due to a full inbox.

Hi @jvernikos, if you’ve emailed [email protected] with your contact details & your enquiry relates to a current application, or another passport-related matter that requires action, we’ll get back to you as soon as we’re able. 1/2

Other citizens have started looking at potential loopholes in the situation, as fears of cancelled travel plans looms over them.

@dfat @SenatorWong the Australian passport office is clearly in crisis. We are travelling in more than 14 weeks and we’re advised that we needed to fast track our renewal to have our passports ready in time. Can we bring in additional temporary resources to clear the backlog?

If I’m a dual national and my Australian passport isn’t ready, is that enough of a compelling reason to get an Australian Declaratory Visa in my second passport so I don’t have to cancel my upcoming overseas trip?

At this current time, Foreign Affairs Minister Penny Wong and Watts are working together to fix the delays.

“To help deal with phone delays, we are standing up a new additional call centre with 35 staff this week and 35 more staff next week,” Watts said.

“And a minimum additional 250 staff will come on board over the next six weeks to process applications.”

Until then, Australians planning overseas travel may need to rearrange their travel plans.