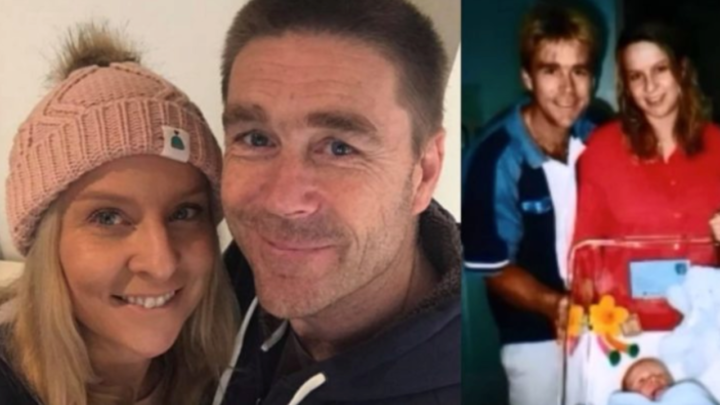 Australian fireman Troy Thornton made headlines over the past week after the news emerged that he had chosen to end his life at a Swiss assisted dying clinic after being diagnosed with a progressive neurodegenerative disorder.

The 54-year-old, who had multiple system atrophy (MSA), died by lethal injection at Basel’s Life Circle clinic in Switzerland on Friday, and now his mother has spoken out about her son’s decision to bring his life to an end overseas.

Barbara Spencer told the Sydney Morning Herald that she wants Aussie politicians to “take notice” of Troy’s story, adding that something needs to be done about the issue of voluntary assisted dying here in Australia.

“There has to be something done about this,” she told the news outlet. “I hope this is his legacy… I will be proud of that and hopefully one day it will be passed and people won’t have to travel.”

Despite the state of Victoria preparing to legalise voluntary assisted dying, which will take effect in June this year, Troy was not considered to have a terminal illness under the new legislation as he could not find two doctors willing to say that he would die within 12 months.

Speaking to Starts at 60 before he made the journey to Switzerland last week, the father-of-two revealed what led him to make the decision to administer the life-ending drug, which he said would end years of “misery”, having been diagnosed with incurable disease MSA in 2014, which can affect movement, balance, speech, bladder control and even breathing.

“I just feel ill and unwell, it’s like shoot me now, you know?” he explained in an exclusive chat. “At first you can’t run, then you can’t swim, then you can’t kick a footy, then you can’t surf – which I used to love doing – then eventually it takes your career away from you… Now I’m housebound.

“I couldn’t sleep with my wife for the last six months because I hit her at night. The intimacy goes so then you lose that, I had to sell my car which I loved. It takes everything away from you over a long period. I wouldn’t wish it on my worst enemy. It’s the worst way to go out, now I just want to go to sleep.”

He also revealed the emotional final message he gave his wife Christine, pleading with her to move on and find love again once he’s gone.

Troy, from Melbourne, added: “My wife is only 47, she’s beautiful inside and out, and I leave her with a full heart. I’ve said to her, ‘You will grieve me for a while but you’re a young woman, go and partner up again’.

“I love her. You don’t want her to grieve her for the rest of her life, she’s only 47, she could live until she’s 90. I hate the idea of her being by herself. That’s what you do for people you love, you want them to be happy. I reckon she’s a good catch!”

Before his death at the assisted suicide clinic – the same one used by Australia’s oldest scientist Dr David Goodall last year – Troy called on the government to change the law, explaining that while Victoria’s new bill is a huge step in the right direction, it still fundamentally has the wrong focus.

To find out more about Troy’s journey, visit his GoFundMe page here.

Do you have a message for Troy Thornton’s family? What are your thoughts on the current laws surrounding euthanasia?