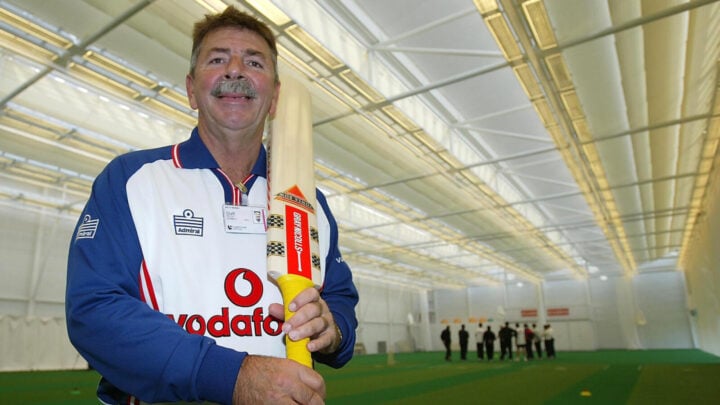 Australian cricketing great Rod Marsh has been farewelled during an emotional service at Adelaide Oval on March 17.

Marsh suffered a heart attack at the Bulls Masters charity cricket event on February 24, he was rushed to hospital in a critical condition and placed in a coma.

The 74-year-old passed away in hospital on March 4.

Legends of Australian cricket, including Dennis Lillee, Bruce Laird and Adam Gilchrist, were among the hundreds of mourners who turned out to bid farewell to the late wicketkeeper.

Beginning at 11.30am this morning, Rod Marsh's funeral service will be live-streamed via the link below.https://t.co/mIxzrYuoga

Our thoughts remain with the Marsh family.

The service will also be able to be viewed in its entirety once concluded, via the same link.

“Not only a brilliant cricketer, he was an even better teammate,” he said.

“We are here to celebrate a life lived to the fullest.”

Fellow Australian cricket legend Dennis Lillee who made his Test debut alongside Marsh and also retired on the same day as Marsh in 1984 told mourners that he “still can’t believe that our mate isn’t around.”

“It’s taken me days to be able to write my thoughts down on this amazing bloke,” he said.

“I don’t want to talk about his cricket ability, as that’s been well documented, it’s the person that I loved, but it wasn’t always that way, it’s something that grew over time, even after our careers were finished.”

Although the two formed a great on-field duo, Lillee admitted the friendship didn’t get off to the best start.

“Our friendship started badly, one day after play, him with a beer in his hand, and me pouring a full-strength soft drink,” he said.

“Taken aback, I enquired with apprehension why that was. He said, ‘Because my old man Ken said never trust anyone who doesn’t drink’.”

Marsh’s eldest son Paul read out some of the messages the family had received about the cricketing icon. During the touching eulogy, he referred to his late father as “a hero to many.”

“He’s always been mine and he always will be. Love you, mate,” he said.

Marsh is famous for his incredible cricket career, representing Australia as a wicketkeeper in 96 Test matches and 92 One Day Internationals (ODIs) between 1970 and 1984, securing a reputation as one of Australia’s most renowned cricket legends. He was inducted into the Australian Cricket Hall of Fame in 2005 and the ICC Hall of Fame in 2009.

Marsh is survived by his wife Ros and three children Paul, Dan and Jamie.